Home » Animals » 6 Things You Think Your Dog Likes, But He Really Doesn’t!

6 Things You Think Your Dog Likes, But He Really Doesn’t!

We tend to treat our pets as if they were people. 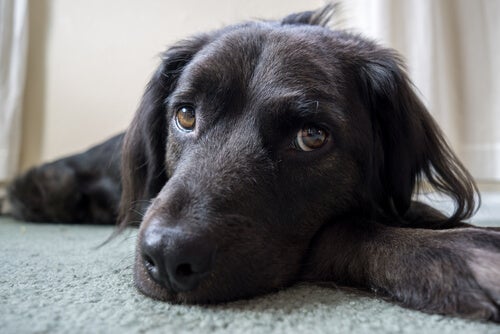 There are plenty of our attitudes that they love, but others not as much. In this article, we’ll tell you which things you think your dog likes, but he really doesn’t. You’ll be amazed!

Don’t annoy your dog with things he doesn’t like

It might sound funny, but doing things to your dog that he doesn’t like really isn’t. Although your pet might be the greatest on earth, there are a few things you or your family do that he can’t stand. That’s right– it’s true. It’s difficult for dogs to express disgust, but they do through finer details in their expressions or movements. These are the things that your dog doesn’t like, and yet we think they do.

Not only do we not share the same language, but dogs tend to use bodily expressions. We humans love to talk non-stop, even when others don’t understand us. Pets do not have an internal dictionary for all the words we use.

Although they can deduce some words because they have heard them many times (such as food, walking, toy, etc), they do not understand us. Therefore, if you want him to obey you, you must be direct with your gestures and practice it several times in order to associate a word with an activity. All the extra “verbiage” (which can be very nice and explain the reasons why you are going to work, or have not brought a gift) is wasting your breath.

When we are playing with our dog in the park or at home, one of the most popular games to play is the typical “I hold up a stick and you jump as high as you can”. It might be fun for you, but not for him. You will also increase his anxiety and stress levels.

In addition, he may suffer from physical problems, since vertical jumping causes injury to the hind legs. Any game you want to share with your canine must be “at his level”. Also, avoid pretending to throw the stick and then not releasing it, which will make your pet feel frustrated and impotent.

No one denies that you love your pet, and that’s why you want to show him your affection all the time, like you do with a friend, partner, or family member. However, your dog doesn’t like being trapped and enveloped in your arms.

Since dogs do not hug each other, it can cause them stress when you hug them just because you feel like it. If another animal puts a paw on another’s back, it is synonymous with domination, not affection. Even if you are the “leader of the herd”, try not to establish that kind of contact with him. Maybe he’s never done anything to you, but you don’t know how he might react. Many dogs bite or attack in similar situations, and it is simply an unconscious act of defense.

4. Petting (when the dog is frightened)

Petting your pet gently is nice for her because she feels loved, and she’ll surely ask for more pampering when you leave. However, when threatened or frightened, these caresses will become an alarm signal or a sign that “something isn’t right”.

For example, during a storm or at parties, your dog is likely to be afraid. Don’t make the mistake of stroking him or hugging him, because that will increase his fears and desperation. He might think the following: “Something terrible is going on, which is why they are taking more care of me than usual”.

5. Staring into his eyes

This applies to dogs you don’t know, because they see this “affront” as a danger or threat. Visual contact is very important to dogs, and if it is held for a prolonged time, it can cause nervousness and discomfort. The dog may even want to attack you when you walk towards him.

In addition to the “holding a stick up high” game, there is another one they hate: playing “fetch” too many times. At first, he’ll like it. He’ll be happy to fetch it and bring it back to you. But after five times (for example) he might get tired and bored. In that case, you shouldn’t force him to keep playing.

Analyze your pet’s signals well. If he stares at you after you toss a ball, doesn’t run to get it but walks instead, or instead of returning it, goes to his crate or bed, it’s a sign that the game is over. Don’t insist on continuing it!