An Experiment to Lengthen Dogs’ Lives

Imagining a life without our beloved pets is painful, and sometimes impossible. Today, we'll tell you about an experiment to lengthen dogs' lives. 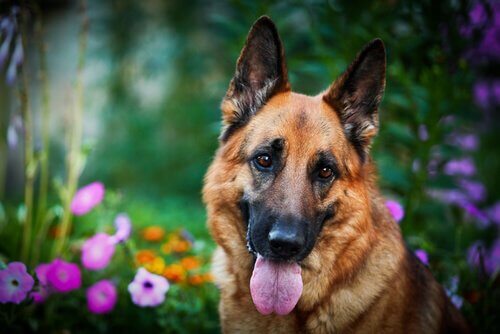 Our pets have become parts of our lives, even for owners who aren’t very close to them. Some owners can’t even imagine a life without their pets. Whenever we have a pet in our lives, it always seems that their time with us is too short. However, there’s now an experiment to try to lengthen dogs’ lives.

Dogs live an average of 12-14 years, some less and some more. But what if we told you that you could extend your pet’s life by 2-5 years? That would be great! Today, we’re going to talk about a new experiment in progress which aims to lengthen dogs’ lives.

An experiment to lengthen dogs’ lives

Compared to ours, dogs’ lives are very short. When they leave us, it seems like the time we had with them passed like the blink of an eye. Everyone wishes they could spend a few more years with their pets. That’s why researchers have started this research.

The study took place in Seattle. They began by testing a substance in dogs that they believe can extend their lives.

The substance they used is called rapamycin. It isn’t a new substance, as it’s been in hospitals for many years. Its other names are sirolimus and rapamune.

This is an important compound when it comes to treatment for humans. Professionals mainly use it to help prevent the rejection of organs that they’ve transplanted. Additionally, they use it for arterial inflammation and even for some cancer cases.

It gets its name from the place where scientists discovered it: Easter Island, or, as the natives call it: Rapi Nui. There’s a bacterium known as Streptomyces hygroscopius that inhabits the soil on this island. It’s a simple organism, and experts discovered that it contains rapamycin.

Apparently, this substance has a lot of properties that scientists still haven’t discovered. One of those properties is that it’s capable of regenerating cells in animals. That means it can possibly be used to prevent aging in animals. Researchers have already tested it on fruit flies, mice and worms.

What effect could it have on your dog’s life expectancy?

Metabolic wear is one of the main reasons for aging. Rapamycin is used to make the cells believe that the level of the nutrients absorbed by the body is lower, and the result of this is that metabolism speed will decrease. And, as a result, your dog’s life can, in theory, be extended.

Although scientists have already shown how this works using mice, dogs are much more complex animals. Therefore, being able to lengthen dogs’ lives is much more difficult.

David Sinclair began his experiment to extend dogs’ lives using a group of 32 dogs that were over the age of six. They gave a quarter of the dogs a placebo, which means they didn’t take the original substance.

Although the animals don’t know what the placebo effect is, it will influence their owners. As the weeks of the experiment pass by, David and his team will watch the reactions of both.

There still aren’t any clear results, but, as you can see, it’s not a two-day investigation. Instead, it’s a one-year study. Studying the ability to slow aging, and actually being able to do it, takes time because it’s such an important task.

Of course, the experts are concerned about the animals’ well being. Therefore, if they experience any adverse reactions, they’ll remove this drug from the market immediately and will stop the research.

So, although you may have already been dreaming about getting a few more years with your beloved pet, rapamycin still hasn’t been fully tested. We still can’t actually tell whether it’s going to be a remedy against aging, but, hopefully, we’ll soon see some progress. 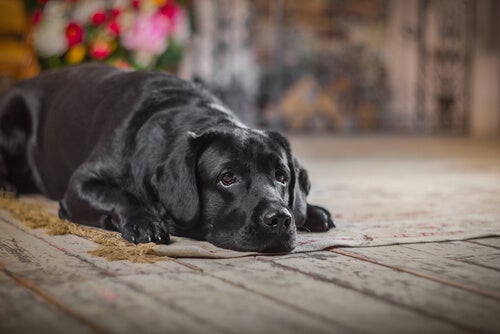 How to Understand Dog Aging
The effects of time are felt on people and animals. Old age comes quickly and, in the event that your dog is aging, there are many signs that signal the arrival of "old age.” Read more »
Interesting Articles