Until Death Separates Us, Or Not... Pets and Owners Can Now Be Buried Together 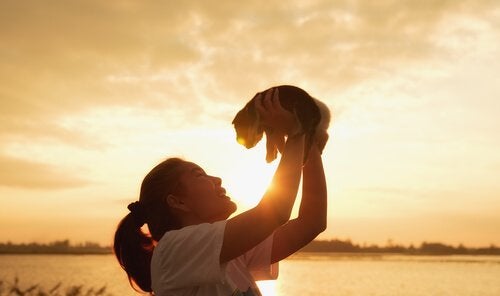 Having a pet is like adding an extra member to the family. The love we have for them goes far beyond than our imagination. Pets love us too by showing us infinite loyalty. As a result, the death of a pet can be a really tough experience and it is tough for pets too. This article will discuss the new regulations in New York of allowing pets and owners to be buried together in a near future.

Death in considered to be part of life, but why does it make us suffer so much? Why do we want to be close to our pets for eternity? Certainly, many pet owners would like to have their pet buried next to them. This is exactly what Andrew Cuomo, the Governor of New York, thought.

A new regulation, burying pets and owners together

According to Andrew Cuomo, for New Yorkers, pets are part of the family, so the request for owners to be buried with their pets is no surprise.  In fact, it’s estimated that more than 60% of New Yorkers have an animal companion.

The idea is to get cemeteries to allow the owner’s ashes to be buried with their animal. Although it was made clear that these cemeteries couldn’t charge separate fees or advertise human burials. Therefore, in regard to extra fees, the new legislation assured that human cemeteries will not be harmed at all.

Where did this idea come from?

The idea came from the passionate requests of some New Yorkers who considered this as a personal and reasonable decision. It would be a way of recognizing the close relationship between a pet and his owner. The population of pets in New York is very high. There are 8.5 million people in the city and 1.1 million pets, at least on record.

Although it appears this isn’t a total new idea. Already the Hartsdale Pet Cemetery confirms allowing this practice ever since the 1920s. Maybe it wasn’t a well-known fact, but it was permitted. In fact, just in 2011, a policeman who died was buried next to his dog.

New York is sure, burying pets and owners together is possible.

New York isn’t the only place to put this regulation into effect. In Virginia, there are already cemeteries for pets and people, and in Pennsylvania they allow a person to be buried with their animal friend without either of them being cremated.

Many people ask to be buried with their partner when they die, or with another family member. So, why couldn’t that family member be a pet? In fact, there are many older or single people who only have a pet as a family member. Why shouldn’t they be together forever?

It seems that the governor of New York understands this perfectly, and this is why he’s made a new law which allows pets and owners to be buried together. However, at the moment it won’t be like it is in Pennsylvania. The legislation states that the remains must be separated. Both cremated and in different vessels.

Could this example be the start of something that could spread to other countries? It’s possible. Time will tell. And what about you? Would you like to be buried with your pet?

Likewise, pet cemeteries are becoming more common and there are more funeral options for you to choose from:  cremation, burial, customized vessels for the ashes, and exclusive coffins. Will being buried next to your dog will be allowed anytime soon? Only time will tell…