Which Dog Breeds Are Most Popular Among Celebrities?

Today, we want to take a closer look at which dog breeds are most popular among celebrities. 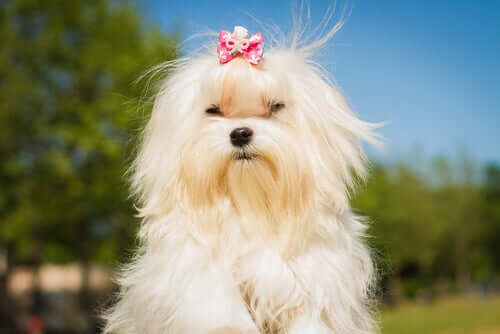 When it comes to celebrities, luxury, pampering and extravagance are the order of the day. Our celebrity idols often adopt exotic pets, dressing them up in expensive clothing and jewelry befitting their new-found status. Want to know which dog breeds are the most popular among celebrities? We’ll tell you everything you need to know in this article.

If you enjoy reading about the lives of the rich and famous as much as we do, then you’ll love learning about their relationships with their pets. Some of the most popular dog breeds among celebrities include:

Actor Shemar Moore is a huge bulldog fan. His puppy (which cost him several thousand dollars) is his loyal companion, and never leaves his side. He even takes him on set!

The English bulldog originates from the UK, and was initially used in dog fights. They have broad shoulders, large heads, and large lip folds. Males can weigh up to 48 lbs.

You’ve probably seen pictures of Paris Hilton walking around the streets of Beverly Hills with a tiny chihuahua tucked into her handbag. Heiress Hilton even buys them clothes to match her own, uploading thousands of pictures of the pampered pooches onto her social media accounts (especially Instagram).

When Paris Hilton’s most famous chihuahua, Tinkerbell, died, thousands of messages of support poured in on social media from fans all over the world.

The chihuahua originally came from Mexico, where they are more commonly known as “chihuahueño”. It is believed they existed as far back as the Toltec civilization. These tiny dogs have large, bulging eyes, and are always on the alert. With a lifespan of up to 18 years, they make great pets for celebrities.

Bull terriers are a real favorite among celebrities, selling at prices of up to $1500. World-famous fashion designer Marc Jacobs is just one of many stars to own one of these beautiful dogs. They are sweet-natured, friendly, and active dogs, with triangular faces, small eyes and predominantly white coats. Males can weigh up to 77 lbs.

Singer Demi Lovato adores Bichon Malteses. A few years ago, she announced that her and fiance Wilmer Valderrama had had a child… Only to reveal that it was, in fact, her new Bichon Maltese puppy, Buddy. He even has his own Instagram and Twitter accounts, and Demi herself has admitted she spoils him constantly.

Despite being named after the Island of Malta, this small breed originates from Italy. Clever, affectionate and friendly, the Bichon Maltese makes the perfect pet.

No one can deny that Ryan Gosling is one of the hottest actors of the moment, and his faithful Irish wolfhound George has quickly found fame at his side. George goes everywhere with him, even making an appearance on Jimmy Fallon.

The Irish wolfhound is one of the tallest breeds in the world, measuring up to 34″ at the shoulders. They have a thick coat, which is normally gray, brindle or fawn in color. They are one of the most docile breeds you’ll find, ideal for families with children or other pets.

Not content with being one of the most popular breeds in the world, Labradors are also a favorite among celebrities, including star footballer Cristiano Ronaldo. His dog Bobby Moore isn’t his only pet – he also owns a Yorkshire Terrier named Abelinha.

Originating from Canada (more specifically Newfoundland), the Labrador is known for its sweet nature, playfulness and energy. These medium-sized dogs can either be black, chocolate or golden in color.

What do Lady Gaga and Ashley Olsen have in common? They both love French bulldogs! Although they originally came from France, the French bulldog first found popularity in England after the Industrial Revolution. They are small in size, with a short tail, square head, wrinkled skin and pointed ears. Sweet, playful and affectionate, French bulldogs make the perfect companions.

Famous Historical Figures and Their Pets
We know about the lives of various historical figures. But some famous historical figures call our attention not for their talent but their peculiar pets. Read more »
Link copied!
Interesting Articles
Mammals
The Role of the Gray Squirrel in Forests