Although they are fierce hunters and help to control rodent populations, least weasels are also victims of many predators, including the long-tailed weasel. 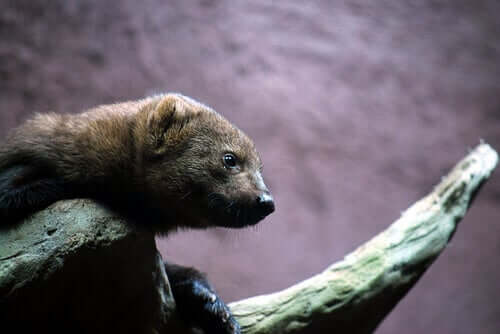 The weasel is an agile and elusive mammal with a very good sense of smell and hearing. It also has a reputation for its aggressiveness. Moreover, this small carnivore can hunt prey five to ten times larger than itself and usually drinks the blood of the animals it captures to feed itself. In this article, we’ll tell you some amazing facts about its behavior and other characteristics.

A small, flexible, and slender mustelid

Living in both Eurasia and North America, the weasel is the smallest species of mustelid. It has a life expectancy of one to two years, although in captivity it can live up to 8 years.

Today, we introduce you to the weasel, a small carnivorous mammal that can hunt prey more than 10 times its size.

More about the least weasel

Weasels are only seen in small family groups when it coincides with their reproductive season. They mark their territory with feces and urine and are active both during the day and at night. In addition, they move around by gracefully performing quick and short jumps.

They are highly adaptable to different environments, provided that they can get their sustenance and that they have enough vegetation to find shelter. Thus, weasels can be found on land at sea level or at high altitudes.

Their capacity to adapt is endorsed by the fact that they use burrows built by other animals. However, they’re also capable of finding their own shelter, usually in tree trunks, abandoned human constructions or in natural holes.

As for how weasels reproduce, a couple of issues stand out. During the rut, the males fight each other and the female’s gestation period lasts between 34 and 37 days, after which she gives birth to between four and eight babies. They can give birth once or twice per year, and up to three times if conditions are favorable.

Baby weasels are born hairless, with their eyes closed till around the 4th week and weighing between one to five grams. In addition, the family group usually breaks up after nine to 12 weeks.

How this tiny yet voracious carnivore hunts

This small mustelid is very fast and a silent hunter when it comes to getting its food. It usually has specific routes for hunting: it can easily climb trees, or search for different cavities and get into them without any trouble. Moreover, weasels can even go swimming and diving to get their food.

In addition, it usually stands on its hind limbs to smell and identify its prey, which it immobilizes with its legs and kills by biting the back of its neck.

After catching its prey, the weasel usually drinks the animal’s blood before moving it to a safer place and eating it with ease. It should be noted that it has a very accelerated metabolism, so it must feed several times during the day.

This small but voracious animal’s diet is wide and includes animals that far exceed it in size and weight. Among its usual prey we can point out:

However, we should also mention that it can eat fish, insects and some reptiles and amphibians. It even takes the eggs from the nests it attacks in search of food.

As for its natural enemies, other carnivores like the wild cat, the genet or large birds of prey are its predators. The young weasels, for their part, are victims of lizards and snakes.

As one of the smallest carnivores, they are fascinating and unique. Their current threats are exposure to poisons set out to kill mice and other rodents.

American Mink: Habitat and Characteristics
The American mink is from the North American continent. Due to its great expansive and colonizing potential, today this animal has extended its habitat. Read more »
Link copied!
Interesting Articles
Mammals
The Puma Is The Great American Predator