What Kind of Fauna Lives on Madeira Island?

Madeira Island is home to a lot of endemic species that aren’t found anywhere else, such as the garoupa: a large fish that measures up to 5 feet long, weighs no less than 110 pounds, and can live for 60 years. 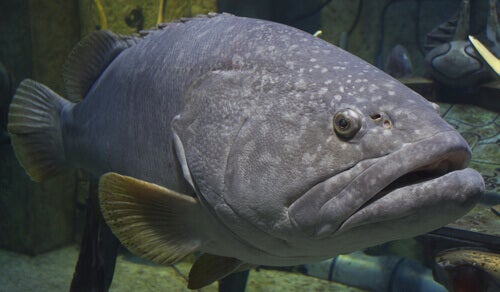 This archipelago in the middle of the Atlantic Ocean, closer to the African coast than to the Iberian Peninsula, is Portuguese territory. The fauna on Madeira Island includes dozens of birds and fish, some reptiles and very few mammals. We’ll introduce you to some of the most interesting species in this article.

What kinds of animals make up the fauna on Madeira Island?

The main ecosystem on the islands is laurel forest. This forest used to cover the whole territory, but early colonizers set fire to much of it to build farms and settlements and harvest crops. What remains has been declared a World Heritage Site.

The island formed in the Tertiary Period, as did the Canary Islands, the Azores and Cape Verde; the environment, flora, and fauna on all of these are similar. Madeira is home to several endemic species due to its geographical isolation—as is the case, for example, in the Galapagos Islands. A large number of its native animals are not found anywhere else.

Also known as grouper or brown chernia—like the one in the photo at the top of the page—this fish belongs to the Serranidae family and is in danger of extinction. As well as Madeira, the Azores and the Canary Islands, it can be found in the Mediterranean Sea, the Indian Ocean, and South America. It lives in seas with rocky bottoms or caves at a maximum depth of 160 feet.

The garoupa is a large fish, which can grow to 5 feet and weigh up to 110 pounds. In addition, it lives for a long time: 60-year old specimens have been found. Their mouths are large and with prominent lips, and they can be green or brown depending on the time of year and their age. They’re solitary, hermaphrodite, territorial and carnivorous, feeding on crustaceans and octopods.

This small bird has a robust body and measures no more than 4 inches tall. A close relative lives on the other islands of Macaronesia. The main differences between the two kinds are their call and appearance.

The Madeira firecrest has a white belly, and the other parts of its body are various colors: black, gray, and yellow. The tail, bill, and wings are short, and a glance at the ‘crest’ on the top of the head is enough to differentiate between the sexes; in males it’s orange and in females yellow.

They nest in trees and feed on insects and small invertebrates; the females incubate alone, but the males help with feeding the chicks.

The monk seal, or Mediterranean friar seal, is another interesting member of the fauna on Madeira Island. They also live along the coasts of the other archipelagos and even in North Africa. They live in groups in marine caves and like to rest on the beach.

This mammal, of the phocidae family, is one of the rarest mammals in existence; it’s currently in serious danger of extinction, as only about 600 individuals are left. The monk seal has short limbs, a strong body and very dark gray or brown fur, which is a lighter shade on its belly.

They feed on fish and mollusks, and can search for prey at any time of the day, although they tend to rest during warm hours and swim after sunset. When fishing, they don’t stray too far from the coast.

This bird, also known as the freira, is one of the most recognizable among the fauna of Madeira Island. In fact, it’s endemic to the island and can be seen all the time around the coasts and flying over the sea. It nests in high mountains—above 5000 feet—by digging tunnels in the rock. It’s one of the most endangered local seabirds; it was even thought to be extinct in the middle of the last century.

Zino’s petrel is mostly white, with gray wings and light brown on the neck and part of the head. Its wings are 14 inches long and the wingspan can be up to 32 inches.

Just as there are many species of birds on the island, there are also several small lizards. They like to sunbathe on rocks near the beach, and they’ll run away very fast if they notice a human approaching.

The Madeira lizard is endemic to the archipelago, although it was introduced in the Azores in the mid-19th century and brought to Lisbon in recent years. It prefers rocky marine areas up to 6000 feet high and can measure up to 9 inches long.

The Impressive Wildlife of Madagascar
Madagascar is considered one of the most biodiverse countries in the world. Learn all about some of their species in this article! Read more »
Link copied!
Interesting Articles
Birds
Lesser Kestrel, the Smallest of the Falcons