Grand Basset Griffon Vendéens combine the qualities of bloodhounds with the character of family dogs. Although they're stubborn, they're very playful. They also get along very well with children. 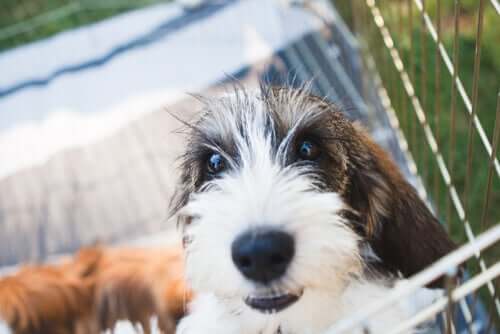 Grand Basset Griffon Vendéens are a hound breed native to France. They specialize in hunting rabbits and other large animals. They’re very famous in the south of France where shotgun hunting is very popular.

This species comes from crossing two other breeds to create a smaller version of the previous one. That way, they can serve more specific purposes. The breed it gets most of its characteristics from are Basset Hounds.

They are powerful medium-sized hounds – a little stubborn, but very loyal to their owners. In addition, they’re the perfect companion for shotgun hunters. They can track and shoot down even the biggest prey like boar.

They appeared in the mid-nineteenth century, when the Count of Elva wanted to create a breed with straighter limbs that looked more like current dogs. It wasn’t until Paul Dezamy and his hobby of hunting rabbits came along, and that gave them their current appearance.

Some dogs work very well as a team. This is why in the fifth edition of the European Cup, a large basset group won the rabbit hunt.

This species of hound is slightly smaller compared to other hounds. However, what they lack in size, they make up for in energy and skill. They have very dense limbs and a powerful sense of smell, which makes any animal with fur an easy target.

Grand Basset Griffon Vendéens are cautious dogs, and are always watching and sniffing wherever they go. In addition, they’re very loyal to their owner, and warn when there’s something nearby. However, they can also be stubborn when given orders.

As a pet, Grand Basset Griffon Vendéens are great company. They have friendly and playful personalities, and they get along great with children. They need good physical activity to use up their energy, otherwise they’ll start showing negative behavior like disobedience and barking.

They love being outside because they can run freely and chase almost anything. However, they adapt to city life if they’re raised there as puppies. In addition to this, it’s best to have several dogs alongside them because they love being in a pack.

The best way to train them is by applying a series of exercises in order to keep them in shape. That way, they’ll stay calm during the day. Since they’re usually hunting dogs, they need to be socialized from an early age. In addition, you need to teach them obedience as puppies to avoid future problems.

Grand Basset Griffon Vendéens don’t have lots of health complications. Some more serious possible conditions are a spinal column that can deviate with age. On their skin, they could get dermatitis, and they can get progressive hearing loss.

Apart from this, this breed doesn’t need intensive care. If you have one that lives freely outside, we recommend that you check its body daily for foreign bodies. In addition, check for parasites that might be in their fur.

Their coats are a little long, so you should brush them two or three times a week to remove dead hairs. Also, give them baths every two weeks to keep them radiant and in good condition. Like with any dog, we recommend a monthly checkup with the vet to check its health. 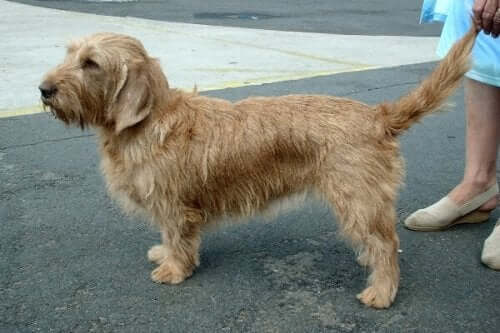