Cattle dogs breeds are among the most intelligent of all. 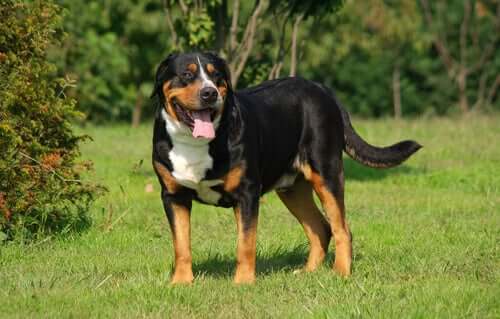 Cattle dog breeds, as their name indicates, are for cattle driving; these animals are part of two groups of the Fédération Cynologique Internationale. It depends on whether they’re sheepdogs or cattle dogs – find out what the characteristic races are in the following article.

How many cattle dog breeds are there?

In total, there are 10 breeds of cattle dogs included in groups I and II of the FCI, among them:

Also known as Australian Livestock Shepherd, this is a “new” breed, as it emerged in the early 19th century. The main task of these dogs is to control the cattle in the extensive plains. They must be able to withstand heat and long distances, shouldn’t bark much, and mustn’t want to bite the sheep.
The Australian Mountain Dog is like a wild dingo, but with a spotted coat and double layer. The colors are bluish-black, mottled, or red with marks and freckles. Also, this breed has large, pointy ears and a tail with a certain curve when it rests. People also train them to detect bombs and drugs, and for search and rescue.

This breed is from the Flanders region shared by France, Belgium, and the Netherlands. It serves as a herding dog and guardian. The animals are large, and their bodies covered by a lot of thick hair. They’re almost always dark, either black or brown but there are light brown specimens. Their head is huge and accentuated by a bushy mustache and a beard.
As for their temperament, the Bouvier de Flanders isn’t at all shy or aggressive. They might be a “little” distrustful due to their work as protectors, both of the herd and their families. This kind of dog learns very fast and need constant stimulation. They’re prone to hip dysplasia and gastric torsion.

This is one of the smallest Swiss cattle breeds from the Canton of Lucerne. The first documented specimens date back to 1889. Their fur is black and their legs brown. Also, their chest is white and their tricolor face features a medium-sized snout. Some are born without a tail.

This is another mountain cattle dog native to the Swiss capital. It’s a large molossus (it can measure over two feet at the withers and weigh 110 lbs). Because they’re herders and guardians of farms, they’ve also learned the art of rescuing.
These dogs are calm and affable and easy to train. They’re also excellent companion animals, very reliable and affectionate with children. Of course, they must live in a place with a lot of space due to their size and do a lot of physical activity. The coat of the Bernese Mountain Dog is black and white with brown on their chest, face, and legs.

This breed is like the previous one but with short hair. They’re native to the Swiss Alps area and are part of the Sennenhund type. Their fur is three-toned and the males can weigh up to 138 lbs and measure 2 and a half feet. Also, the Great Swiss Mountain dog is patient and they love their work and family life. They’re very active and need opportunities to socialize from a young age.

This is not a very frequent breed to find outside their native area on the border between France and Germany. These medium-sized dogs can have fur in any color, although the face is usually black. Their ears are erect and short and they have a rather insightful look.
This animal is very protective and thus ideal for farm work — especially for cattle driving. Also, people use them for pulling small carts. The Bouvier des Ardennes almost disappeared during the First World War. In fact, it happened to similar breeds but the local farmers have recovered them.
Other cattle dog breeds are: 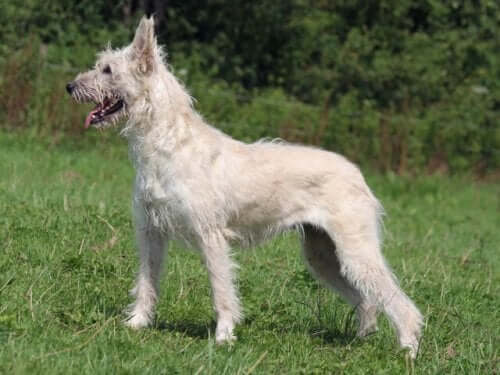 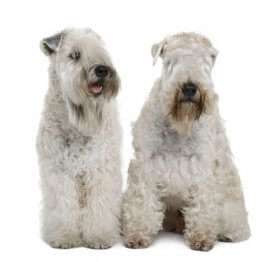 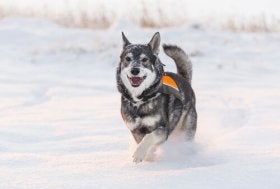