Whether you're looking for a domestic pet, a guardian, or a hunting assistant, the Kai Ken dog breed is all you want in a dog. Just the same, given its nature and instict, this animals needs plenty of physical activity to burn off energy. 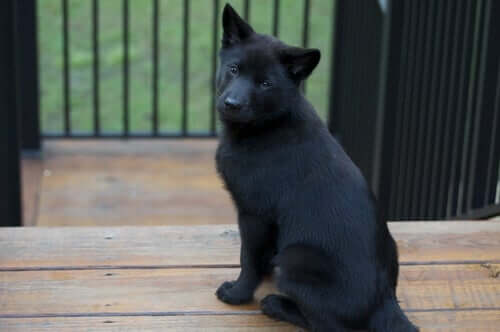 There are a great number of different dog breeds, and some are more well-known than others. Today, we want to talk to you about a Japanese species that you may never have heard of before. It’s the Kai Ken, a very peculiar animal.

What you need to know about the Kai Ken

It seems that this breed has been around for about 3000 years. And while there are some speculations that its origins go back to China, the breed is actually situated more in the region of Japan. In fact, it’s the regional dog of the district of Kai on the island of Honshu.

Humans used the Kai Ken to hunt wild boars and deer for centuries. These canines have an exceptional capacity to form packs, which allowed the breed to perpetuate as a species without mixing or interbreeding with European dogs. In other words, the breed remained pure.

Thanks to this fact, in 1934, the breed became a national monument in Japan. However, this wasn’t enough to keep it from becoming almost extinct due to World War II. However, thanks to the efforts of breeders, the breed survived. Today, there are enough individuals to consider the breed safe and it’s a popular dog in many Asian countries.

Characteristics of the Kai Ken

The Kai is a spitz-type breed of medium size and proportions that are harmonious with one another. Its muscles are very developed and its appearance is quite robust.

These animals usually measure between 18 and 22 inches and weigh between 35 and 40 pounds. In general, they have a life expectancy of no more than 14 years. As for their appearance, they have wedge-shaped heads that look very strong. Their snouts are pointed and their furry triangular ears stand up straight.

The Kai Ken’s talk curls up over its back, although, on some occasions, it’s sickle-shaped. As for its coat, it has two layers. The outer layer is hard and straight, while the inner layer is dense, soft, and paler in color.

Colors that are admissible for its coat are black tabby, red tabby, and white tabby. However, it’s important to point out that puppies are born in two colors.

The nature of the Kai Ken

Thanks to their nature, these dogs are very adaptable. While they continue to fulfill the original purpose of their breeding–hunting–that’s not their only role today. More and more families are choosing these dogs as pets and as guardians. When it comes to hunting, they are very courageous, resistant to extreme temperatures, and stand out for being alert and audacious.

As companion pets, they’re affectionate, lively, loyal, and playful, especially with children. They’re excellent companions for little ones given their tolerance, docility, and because they’re always on alert to care for them.

Logically, having been hunting dogs for thousands of years, this breed requires a great deal of physical exercise. Therefore, it’s essential for owners to make sure they stay active to keep them from feeling stressed. A lack of physical activity can lead them to become destructive, nervous, and noisy.

The health and special care requirements of the Kai Ken

As a breed, the Kai Ken doesn’t have many health problems, with the exception of hip dysplasia. On occasion, these animals may also experience certain hereditary digestive problems.

As we’ve already said, exercise is an important part of this animal’s routine in order to enjoy good mental health. It’s not enough just to take them on short walks when they need to go to the bathroom. These dogs need to run and play in order to exercise and get rid of adrenaline.

At the same time, owners should inspect their fur and ears in order to make sure their pets don’t have ticks or parasites. And, of course, these canines require daily brushing of their fur in order to get rid of dead hair and prevent skin problems.

And while regular bathing is also an important part of any dog’s hygiene, the Kai Ken isn’t particularly fond of water. So don’t be surprised if your pet fights you every step of the way.

So, what do you think of the Kai Ken as your next pet?

Non-Recognized Dog Breeds According to the FCI
The FCI is responsible for setting the standards for each dog breed and classifying them. There are 9 non-recognized dog breeds. Read more »
Link copied!
Interesting Articles
Dogs
Gordon Setter: The Most Beautiful Pointing Dog