The "Wiener Dog" - A Fun and Unusual Breed

Are you looking for a fun and unusual dog breed? Then the dachshund - or "wiener dog" - might be just the one for you! In this article, we'll tell you all about this peculiar breed. 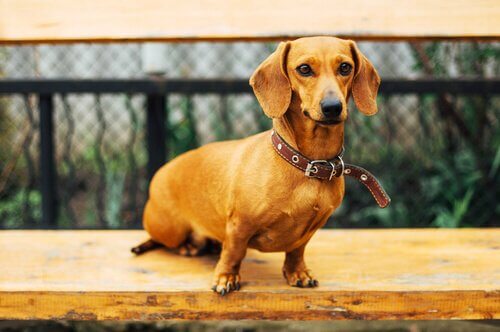 Are you looking for a fun and unusual four-legged friend? Then the dachshund – or “wiener dog” – might be just the dog for you! In this article, we’ll tell you all about this peculiar breed.

The Wiener dog – history and characteristics

History of the “wiener dog”

The dachshund’s short legs and long body are the result of a genetic mutation known as bassetism, which means that their limbs are unusually short in relation to the size of their body.

The history of the so-called wiener dog began in Germany. In 1888, the first dachshund club was formed, and a series of guidelines were written for people wishing to take part in competitions. However, they had already featured prominently in competitions in England a few years before.

“Wiener dogs”, also known as “sausage dogs”, quickly rose in popularity, as they were a favorite among European monarchs. One of the most famous examples is Queen Victoria, who adored these animals.

While they are similar to both terriers and hounds, they have a completely different character and constitution. As a result, the World Canine Organization (FCI), which regulates dog breeds, created a special category just for them.

The most notable characteristic of these dogs is their long, low stature. They have long muzzles and tails, black claws, long, flap-down ears, and short legs. This last trait means they are able to tunnel into burrows after prey. When out hunting, they were known to be extremely brave, and excellent trackers.

There are three varieties of dachshunds, which can be identified by measuring the circumference of the chest once the dog reaches around 15 months old. The standard dachshund measures around 13.5″ and above, the miniature between 11.5″ and 13.5″ and the kaninchen (which is used for hunting rabbits) measures less than 11.5″.

They can also be subdivided according to coat-type. There’s the short-haired or smooth-coated (thick, glossy, strong fur, which lies flat against the skin), the long-haired (from the neck down, there is a layer of long, glossy fur) and the wire-haired (apart from the muzzle and ears, the entire body is covered with thick, rough fur).

Finally, this breed comes in three color varieties. You can find single-colored (red or cream with black or brown mottling and black claws), bi-colored (black and tan, with some patches of deep rust tones) and dappled (brindle or piebald with a dark base color).

People often say that dachshunds are stubborn and difficult to train. However, this entirely depends on the care and attention the owner gives their dog from a young age. If you spoil your dachshund puppy with lots of treats, it’s not likely to listen to you.

Dachshunds are highly intelligent dogs. They learn quickly, especially as puppies. Once they know the rules, they tend to respect them. These are very protective, loving and playful dogs.

Wiener dogs also have lots of energy, and often bark. They love socializing, both with people and other dogs. They might not get on as well with children, as they often pull their fur and annoy them.

The sausage dog isn’t exactly a bloodhound, but it does have a perfect sense of smell, and can recognize danger and intruders from a mile away. It’s also not a typical terrier, but it can easily burrow and hunt underground. It might not look like a setter or Weimaraner either, but it’s more than capable of doing the same work.

Thanks to their small size and nice temperament, dachshunds are ideal if you live in a small city house or apartment. It’s a home-loving creature that doesn’t have any special care requirements.

However, it’s important to pay attention to its diet, as they are known to gain weight easily, which can lead to loss of energy, back pain and even herniated disks.

If you exercise them properly, you’ll be able to avoid a lot of spinal and weight issues. While these dogs are energetic and agile, their short legs mean they can never run as fast as other breeds. They may need some encouragement to get them to exercise, so it’s best to take them whenever they please.