Foot and Mouth Disease in Cattle

This disease mainly affects farm animals, although it may also affect prominent wild species. It spreads through breathing or contaminated water. 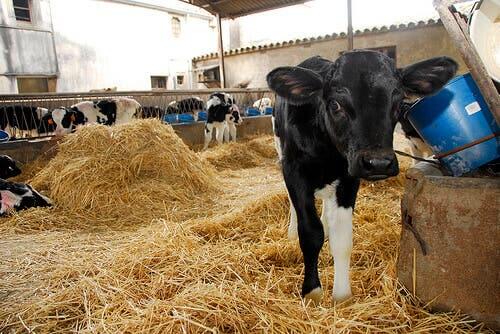 A virus known as Aphthovirus causes foot and mouth disease, which causes a very contagious disease in cattle and pigs, although it can also affect elephants, sheep, goats, antelopes, or giraffes.

Experts only discovered the cause of this disease at the end of the 19th century. However, there are records of it existing for 500 years. At the time, a Venetian monk described the symptoms of the disease in the cows of the monastery. However, the disease reached international repercussions after expanding after the Second World War, although it has been eradicated in many countries.

Currently, the disease is endemic to many Asian and African countries, while most of the Americas, Europe, and Australia are free of the disease, although outbreaks may occur due to trade with other nations.

How foot-and-mouth disease is spread

The virus that causes the disease is present in the affected animal’s excretions and secretions. It can be eliminated in milk and seminal flow. Recovered or vaccinated animals can even act as carriers, therefore quarantine is necessary.

The virus can infect other animals through breathing or sharing contaminated water or food with infected animals. This disease causes sores that contain a large amount of the virus. Please note, this disease is not a zoonosis, meaning it doesn’t affect humans.

Foot-and-mouth disease is very serious. It can spread with the arrival of new animals, the existence of contaminated facilities or materials, and even animal products or clothing.

A virus known as Aphthovirus is a disease that causes foot and mouth disease, a very contagious disease in cattle and pigs, although it can also affect sheep, goats, antelopes, giraffes or elephants.

What are the symptoms of foot and mouth disease?

The severity of the symptoms depends on the virus strain and the species or age of the animal. However, some typical symptoms give the virus its name.  It causes fever and the presence of sores or blisters in the oral cavity, nose, udders, and between the toes.

Painful limping and secondary infections may occur after ruptured blisters. Animals also become weak and can salivate, as well as experiencing loss of appetite and weight. Blisters are usually cured within a week, however, the disease can have consequences for the animal’s heart and their growth.

The diagnosis is entirely the vet’s responsibility, who must look for the symptoms of the disease, such as blisters and lameness, and carry out tests.

It’s important to alert respective authorities should you suspect disease, so that they can follow up and control it. This will prevent it from affecting other farms. Recommendations made by European institutions are as follows:

Therefore, adhering to these recommendations, it’ll be difficult for the disease to affect European animals. Because, as previously stated, the disease is mostly eradicated in Europe.

The Word Calf: Etymology and Meaning
Today we'd like to tell you about one of those words that's quite familiar to everyone. So, continue reading to find out about the word "calf." Read more »