Today, we want to tell you about several cases where pets have inherited huge fortunes that most of us could only dream of. 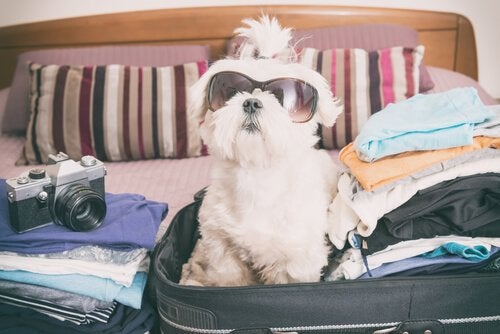 People often wonder what happens when a millionaire dies with no heir to inherit their wealth. In most cases, the person has thought about who they’re going to leave it to beforehand. Believe it or not, it’s not uncommon for them to leave their huge fortunes to their beloved pets.

Just imagine: a dog standing before a lawyer, listening to him read the last will and testament of its owner. This ridiculous image makes the whole idea seem like a bit of a joke. But it can actually happen. There are real cases of pets who have inherited millions from their late owners. Under legal supervision, the animal’s designated guardian will then need to manage its new-found wealth.

So, today, we want to tell you about several cases where pets have inherited huge fortunes that most of us could only dream of.

Dogs and cats, the heirs of huge fortunes

People often talk about how much they love their pets, how they’re like one of the family. But even to the point where they decide to leave them millions and millions of dollars? Apparently so. And here are just a few cases to prove it.

Despite his name, it seems that Trouble was no trouble at all to his owner, who left him a fortune of $12 million when she died. Before his death in 2011, Trouble was one of the richest dogs in the world.

Trouble the Maltese was the faithful friend of Leona Hemsley, a well-known hotelier and real estate investor, who owned several famous buildings, including the Empire State Building. Her grandchildren were not happy when the will was read out. Two of them didn’t receive anything, while the other two received less than Trouble between them.

The unusual thing about this case is that Gunther IV didn’t inherit his fortune from his owner, but rather from his own father. Over the years, his fortune has fluctuated between 140 and 200 million euros (approximately $158 – $225 million).

This German Shepherd is positively rolling in money. His father inherited the money from Countess Karlotta Liebenstein, who left her beloved dog the trifling sum of 92 million euros ($104 million), which the Gunther Corporation was to manage.

On the other hand, they did manage to acquire the mansion of world famous singer Madonna, for $7.5 million. Unfortunately, that didn’t quite manage to assuage the doubts surrounding his fortune.

Jasper’s owner adopted him from a rescue center back in 1994. She loved him so much that she left him a fortune of 100,000 euros ($113,000). He was the first dog to be caught up in a legal battle to decide who would get custody of him and manage his fortune.

The battle was eventually won by his owner’s son-in-law, Benjamin Slade, who used Jasper’s fortune to invest in stocks, and eventually succeeded in doubling it.

Jasper is well-known for being one of the most spoiled dogs in Britain. He was driven around in a limousine, and ate only the most expensive foods, such as beef sirloin, Dover sole, and mussels imported from New Zealand.

Tinker, the cat who inherited a fortune

Not all the heirs on this list are dogs. Tinker, a British cat, inherited a mansion worth almost $800,000 from his owner, Margaret Layne. In her will, she asked for her feline friend to continue living in the house along with two other cats, so that he wouldn’t get lonely.

These are just some of the unusual cases of animals who inherited fortunes. People often ask if their guardians don’t get more out of the money than they do. What do you think? Would you like to manage the fortunes of these four-legged heirs?