The Tragic Story of Grizz the Trainee Police Dog

Read about an event which sparked outrage amongst animal rights protesters as we look into the life of a trainee dog. 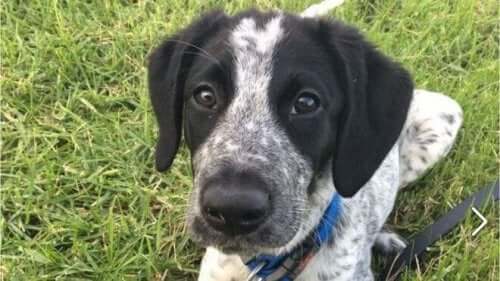 In March 2018, New Zealand police shot and killed a trainee police dog that was running loose at Auckland airport. The event sparked outrage from several animal rights organizations around the world.

Grizz was a 10-month old puppy who was being trained as a police sniffer dog. Somehow, he managed to escape out onto the runway. Despite spending several hours trying to catch him, his trainers were unable to coax him back to safety.

The incident caused 16 flights to be delayed and, as a result, airport staff asked the police to shoot him. Grizz was only 6 months from graduating from the training program.

Hans Kriek, ambassador of New Zealand animal welfare group SAFE, condemned the decision to shoot Grizz. He also questioned the decision not to simply tranquilize the animal. A spokesperson for the local Civil Aviation Authority (CAA) said that he “didn’t believe” that would have been a viable option.

At around 4:30am local time, trainee police dog Grizz escaped his handlers and ran toward the runway at Auckland airport.

Airport staff assure they tried everything before making the decision to shoot. They tried tempting him with food, treats, toys, and other dogs. Nothing worked.

The same spokesperson also said that it was too dark and the area too large for staff to find and contain Grizz quickly.

Faced with these difficult circumstances, and almost twenty delayed flights, staff at the Airport Emergency Operations Center decided to shoot him.

Many have condemned the decision to shoot Grizz. If it’s true that airport staff spent several hours chasing the animal, then they should have had more than enough time to acquire a tranquilizer gun.

The police themselves have access to tranquilizer guns. Plus, Auckland Zoo is located close to the airport, where they would surely have kept tranquilizers. In light of these facts, the decision to shoot Grizz doesn’t seem fully justified.

Every police dog goes through its own personalized training regime. They are accompanied by specialist trainers who analyze the characteristics, qualities and strengths of each dog.

Once they have completed their analysis and the dog has been given a thorough health-check, they assign each animal a specialty. They might become assistance dogs for the ill or disabled, guard dogs, search and rescue dogs, or sniffer dogs trained to detect drugs, explosives, or money.

So, can any dog become a police dog? No, all dogs go through a rigorous selection process, completing a series of tests that allow experts to assess their skills and ensure they meet requirements. They look for dogs that have the right temperament and physical attributes for police work.

One of the most important stages of training any police dog is socialization. If the dog is badly socialized, it will be harder for it to adapt to its new role in the police.

As such, it’s important that police dogs are well-socialized and well-adjusted. This helps prevent them from developing things such as psychological trauma and phobias in the future.

The bond between dog and trainer

The bond between dog and trainer is forged through daily care, grooming, walks and play. These are the foundations of good police dog training.

Next, trainers begin to hone their dog’s sense of smell. They do this by hiding food for the dog to find. Gradually, the dog will become increasingly adept in detecting and locating particular smells.

The bond between dog and trainer is an essential part of the training process. With the necessary care, socialization and training, the dog will happily carry out its vital work, treating it just like a game. 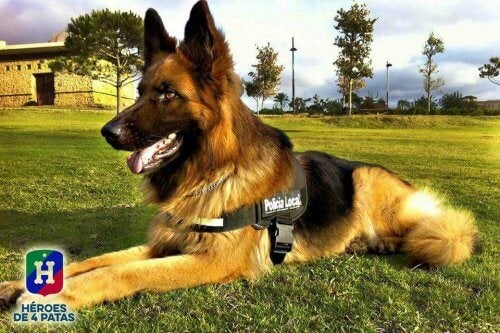 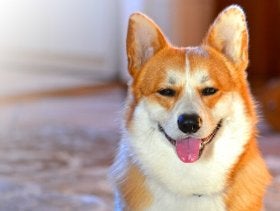