The Colombian fino hound is a dog native to Colombia that has been created by humans through functional selection for many years. 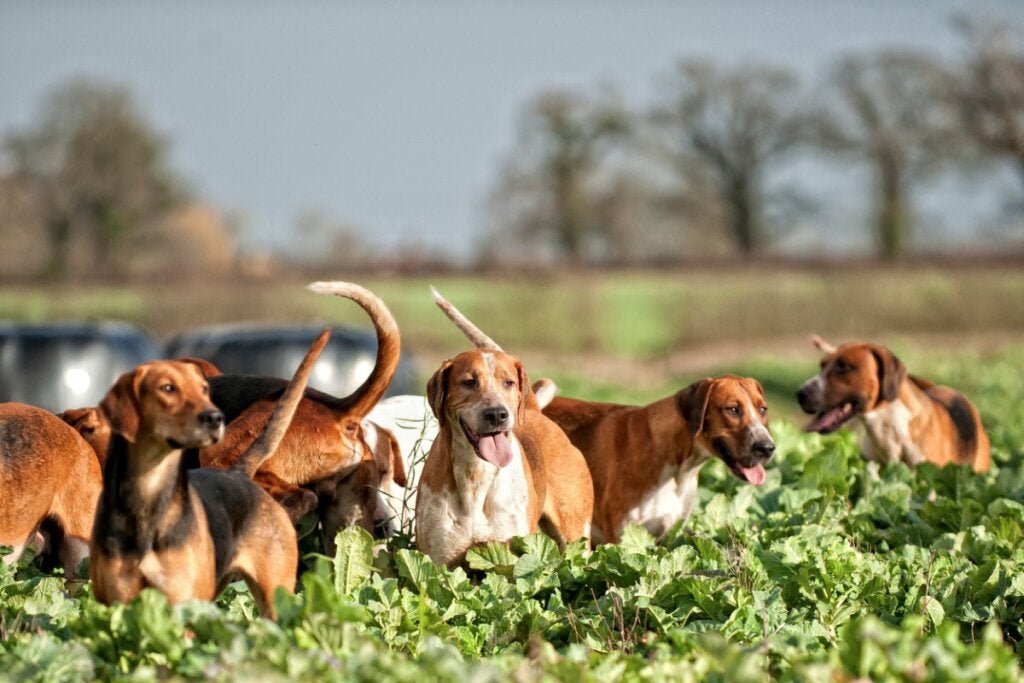 Colombia didn’t have an officially recognized breed of dog….at least until now. The Colombian Fino Hound heralds from this country and is now recognized throughout the world. Thanks to its hunting skills, this dog was adopted as a favorite pet in many homes.

For many years, this dog has been used as a hunting dog within the families that work the fields. It’s also an animal that has adapted to the climate and geography of Colombia and, in the same way, it can be found in any region of the country. Next, we’ll discover more about this long-eared dog.

Recognition as a dog breed

The Asociación Club de Sabueso Fino Colombiano began to promote the recognition of this breed as a fino hound, after its discovery and with the investigative help of the National University of Colombia. What they sought was to change the perspective of the animal as a field hunting dog and give it the connotation of a noble pet.

Currently, this dog is recognized as a fino breed dog by the Colombian Canine Club, ever since 2015. These days, these animals can be found in homes that have a medium-high socioeconomic level.

Since the arrival of the Spaniards in the Americas —and from the mid-sixteenth century to the nineteenth century— hounds of Spanish origin entered Colombian territory. These were used to hunt ducks, rodents, and deer. Then the English came onto the scene, with breeds of dogs such as the pointer and the fox hound.

It could be said that these dog breeds played an important role in the appearance on the scene of the Colombian Fino Hound and, therefore, in their genetic crosses. In addition, their qualities as game animals were what gave prominence to this breed throughout the territory in question. For now, it only has national recognition as a fine breed dog.

Habits of the Colombian fine hound

In addition to its hunting skills already discussed at the beginning of this article, the Colombian fine hound has many striking features. Among them, we can highlight the following:

Characteristics of the Colombian fino hound

The Colombian fino hound is medium in size, with a weight of 15 to 25 kilograms (33 – 55 lbs) and a height of 45 to 50 centimeters (17 to 20 inches). It has a rectangular proportion, which highlights the length of its body. Its coat is shiny, smooth and short. There are also specimens with coarse, denser hair and with undercoats.

All Colombian fine hounds have a long tail that tapers towards the tip.

Its large long ears are very showy, hanging and rounded. Its body has a great variety of colors, as there are browns, whites and blacks, and shades of combined colors. It has short legs, but not like those of a dwarf dog, since they’re proportional to the size of its body. Therefore, it’s an agile dog and has walks fluidly.

Before buying a Colombian fino hound, make sure the breeder is reputable. Similarly, take some time to make sure your puppy is vaccinated, that it isn’t an aggressive dog, and that it doesn’t have any genetic diseases.

The commercial value of these dogs is approximately $400 (around €330). When acquiring a Colombian fino hound – either commercially or through adoption – you’ll require the veterinary certificate to prove that the animal is dewormed and healthy.

Other names of the Colombian fino hound

Despite its many names, the one that attracts national and international recognition will be that of Colombian fino hound. Perhaps you’re already feeling tempted to buy or adopt one and to welcome it as a new member of your family.

The Hamilton Hound: A Swedish Hunting Dog
Even-tempered and with a pleasant disposition, the Hamilton Hound is a canine hunting dog enjoyed by the most privilages classes of the 18th century.  Read more »

Link copied!
Interesting Articles
Dogs
Is It Safe for Dogs to Eat Eggs?