If you're interested in great movies about dogs that you loved in the past or will love now, here are some of our top picks. 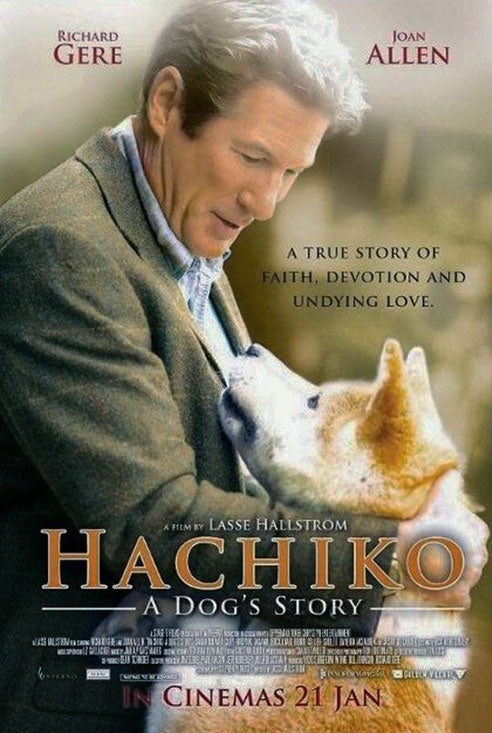 There are so many great movies about dogs. These films are heart-warming and relatable. So, read on to see our complete list!

The first film in the series and its sequel were shot by a Saint Bernard named Chris.  He was hired for all the movies, but died shortly after finishing the filming of the second installment.

The following movies were shot with various different dogs to take Chris’ place.  Among them were some standouts: Dolly, who filmed scenes of puppies, and Boomer, who shot action scenes.

In the film, Richard Gere plays the dog’s owner. The producers cast a dog who could give life to Hachiko.  So, the dog playing Hachiko is named Forest. He is a Japanese Akita with red and white coloring.

As many people know, this movie is based on the true story of a dog named Hachiko and his owner.

Lassie is the name of a fictional Collie.  This fictional character has been used for years in the production of all kind of products, from movies to television programs and even books.

Because all this, Collies have become the most famous dog in the world.  Lassie was originally created by the British author Eric Knight in a story he wrote, which was made into a film adaptation in 1943.

In this movie, the role of Lassie was played by Pal, who was the first dog to bring this character to life.  Pal passed away in 1958, but was succeeded in the role by his descendants.

This is a 1961 animated film by Walt Disney Pictures from 1961.  It tells of the story of Pongo, an adult Dalmatian that starts a family with Perdy.  They in turn unite their masters, Roger and Anita.

And, the happy family feels threatened by an eccentric villain named Cruella de Vil.  She wants to capture the dogs and their puppies and make the most luxurious coat of Dalmatian fur.

The Dalmatian parents and their puppies must stay safe and defeat Cruella de Vil.

Scott Turner is a careful detective who has his life under control.  His carefully organized world is turn upside. Basically, he must work with a slimy dog named Hooch, a Dogue de Bordeaux.

The comic ordeals they go through daily lead to a good friendship between the detective and his canine assistant.

This movie is a mix of animation and live action. It tells the story of the Winslow family and their pets.  Among their pets is a Great Dane named Marmaduke. They also have a Balinese cat named Carlos. Basically, the movie follows the family as they move their family from Kansas to California.

The plot revolves around a San Diego police detective who receives a new assistant. The new assistant is a German Shepard who can detect narcotics.

Among movies about dogs, White Fang stands out.  Adapted from a novel by the American writer Jack London, White Fang is the name of the film’s protagonist.  Kidnapped, a domesticated dog has to return to his wild, ancestral instincts in order to survive and thrive in the forests of Alaska.

Filmmakers have adapted White Fang for film several times. Of course, the most well-known version is the 1991 film with Ethan Hawke.

This movie features the story of a lonely girl who adopts an abandoned dog. Then, she names him Winn-Dixie (after the name of the supermarket where she finds him).

The relationship gradually grows between the girl and her new companion. This causes the people of a small Florida town to come together. Meanwhile, the girl deals with a conflict-filled relationship with her father.

Based on real events, Eight Below tells the story of three scientists in Antarctica. They must leave behind their beloved guide dogs after an unexpected accident and terrible weather conditions.