8 Famous Songs About Dogs That You Probably Haven't Heard

Thanks to their infamously lovable behaviors and personalities, dogs are the stars of several songs written by world-famous artists. 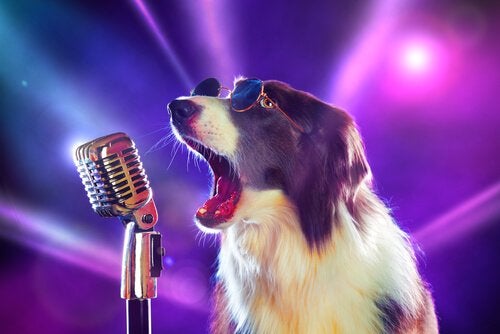 Dogs inspire us everyday with their simple and unconditional love, and presence in our lives. That is precisely why famous artist don’t leave out man’s best friend in the popular music scene. Plenty of singers and singer-songwriters have dedicated special songs to their dogs. In this article, you can find out about a few of the most well-known songs about dogs.

8 Famous Songs About Dogs That You Probably Haven’t Heard

“Martha My Dear” is a song on the historic Beatles album, The White Album, that was released in 1968. Most music fans know that Paul McCartney wrote this song. However, few are aware that he wrote it in honor of his bobtail dog Martha. Some people interpret this track as a love song for a woman. However, the lyrics are actually about the Liverpool artist’s precious bond with his best friend, Martha.

The newer generations commonly know Cat Stevens as Yusuf Islam. This British artist has composed a wide range of his own songs that have very special messages. But in “I Love My Dog”, Cat simply and directly declares his love for his closest childhood friend.

This song is on the first single that Cat released in 1966, and the melody was inspired by a Yusef Lateef song. To this day, it is still one of the sweetest and most widely-recognized songs about dogs in the history of music.

Seamus was Steve Marriot’s beloved pet, and Steve was a close friend of David Gilmour’s. Apparently, this dog captivated the artist so much that David composed a very special song, called “Seamus.” However, the story does not end there, because Gilmour allowed Seamus’s grunts to be in the song.

The result was immortalized in Meddle, the historic Pink Floyd album that was released in 1971. It is a singularly original blues song with the unprecedented participation of a beautiful collie named Seamus. Unfortunately, the song has received harsh criticism from the music industry.

In the historic album Led Zeppelin III that was released in 1970, Robert Plant dedicated this song to his dog Strider. In the lyrics, the British artist shares several beautiful moments he lived with his partner, and talks about how their friendship is one that nobody can ever replace.

Funnily enough, the name Strider is a reference to Aragorn, one of the main characters in The Lord of the Rings saga. This little detail tells us that Plant is quite possibly a fan of one of Tolkien creations

This song honors the unforgettable story of Laika the dog, one of the first animals in space, and the first animal to orbit the Earth. Nacho Cano composed it in the 80’s, using Laika as an example of both courage, and vulnerability.

Old King is a beautiful country/folk song that Neil Young composed for his dog, and his best friend, Elvis. After his death, the artist dedicated this song to Elvis in memory of all the wonderful moments they lived together. Neil attachment to Elvis was so strong, they traveled around the world together during all of his tours.

Although he may be an unknown artist to many people, Lewin is a brilliant Argentine singer who has written some truly beautiful songs. In “Púter,” the artist talks about the complex man/animal duality using simple and sensitive lyrics.

This song released in March 2016, is in Andrés Lewis’ posthumous album, The Sadness of the Milky Way. Sadly, the artist died two months before his worked receive such excellent reviews.

This song is part of their third studio album that was released in 2000. The Suicide Machine dedicated it to a Boston Terrier. The lyrics is about some of their adventures, like the ones we surely all experience everyday with our pets. However, as the song itself says, you just cannot get mad at something so cute.

Plus, the Boston Terrier puppy also participated in the recording of this song. At the end of the original version, you can hear the dog expressing itself to a full-on punk pop rhythm.