9 Dog Breeds That Are Difficult to Train

Word is spreading through dog parks and dog lovers that there are a series of breeds that are difficult to train. 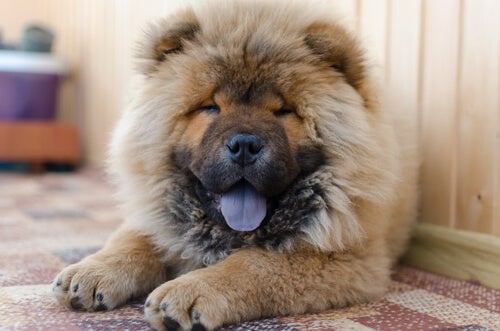 Some call difficult dogs “cat dogs.” Huskies, Samoyeds, or Japanese breeds are “odd” breeds that cannot be trained or educated like the rest of dogs. Is there any truth in this?

Primitive breeds: those that are hard to train

It is believed that dogs started to differentiate themselves from wolves and started to evolve on their own by the year 4,000 B.C. Humans became sedentary, and they created landfills on the edges of their settlements. Various groups of wolves fed themselves on the landfills instead of hunting. They were considered the first dogs.

There are a few primitive breeds, that is, those that have evolved very little since then. They are the breeds similar to those that first appeared, and so they still have many characteristics of these first dogs.

The Nordic breeds like the Husky are so primitive that they are dogs that have not learned how to bark. However, they can develop the ability throughout their lives, even if it is not instinctive like in other breeds. Huskies and Malamutes, for example, use howling to communicate instead of barking.

The Japanese breeds do bark, but whoever knows a Japanese breed dog knows that they have a very different temperament and character from the rest of dogs.

Breeds difficult to train and punishment

It is a myth that these breeds are untrainable. Nordic dogs are frequently trained to pull sleds, to graze, or to hunt. What makes these breeds special is that they cannot be trained by punishment.

Normally, when we want to educate or train a dog, we make the mistake of punishing them when they do something wrong. Instead of allowing the dog to keep trying until he does what we want him to do and then reward him, we interrupt their learning processes with negative experiences.

This technique definitely does not work with these breeds. We have been molding and mixing the rest of the breeds with other dogs that respond to punishment like we want, but primitive dogs have not developed that ability.

In other words, if you are trying to teach something to a husky (it could be to sit down or it could be to not ask for food from the table) you are not going to achieve anything by punishing or scolding him. He is not capable of connecting his behavior with your punishment. You will only scare him and he won’t receive any information, not even about what he is doing wrong.

Positive reinforcement: a sure success

Nordic, Japanese, or primitive breeds cannot learn by punishment. However, they respond very well to positive reinforcement and rewards.

The learning process of any dog is accelerated if we take away punishments and educate them only with positive reinforcement. Positive reinforcement is giving a prize or something that the dog likes after he does a behavior that we want him to repeat.

For example, let’s say that you want a husky to stop asking for food from the table. He will learn much better if you reward him when he is not asking for food than punishing him when he is at your side giving you sad eyes. Positive reinforcement is necessary for the education of any dog, and in the case of primitive breeds, it is the only viable option.

There is some truth in calling these dogs “cat dogs,” given that they learn in the same way as their feline companions. Cats do not connect a punishment with their behavior. However, they learn very fast applying methods based solely on positive reinforcement.

If your cat scratches the couch and you scold or punish him every time that he does it, he will keep scratching it. He does not understand that your negative reaction and his behavior are related. However, if instead of using the couch to scratch, he uses his scratcher and you give him a reward, he will learn fairly quickly.

The same as the Nordic, Asian, or primitive breeds, cats cannot learn based on punishment. However, this does not mean that they cannot learn by no means. You can train them, but by using positive reinforcement.

With rewards and a bit of patience, any dog, even if he is one of these dog breeds that is difficult to train, will manage to learn.