Abandoned Pets — A Video That Will Make You Think 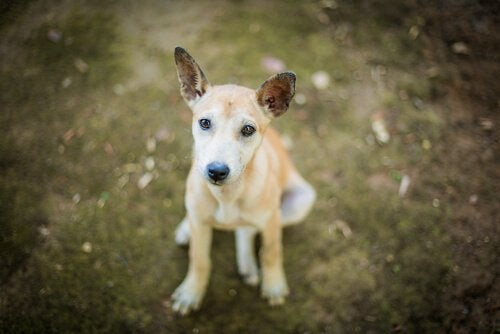 “It is good to have friends, even in hell.” This is a well-known phrase to stress the need to do good by everyone. The reason is because we never know what life holds and who we might need.

A new video in 2016 about abandoned pets helps us to understand this idea clearly. We will discuss the issue some more. And hopefully soon, these actions will help everyone who reads it to stop and think.

Abandoned pets is a difficult challenge to eliminate

Unfortunately, abandonment is a plague that continues to grow and grow. Different methods have been created to address and eliminate this issue, but none of them have worked on a grand scale.

There are many excuses “abandoner’s” give, such as:

None of these excuses are valid. Especially when your pet has given you the kind of unconditional love that you will not find anywhere else. But yes, there are many people willing to abandon their pets, as in the case of the couple in a video. What the man did not know is that his life would swiftly change! And soon everything would take a 180 degree turn.

The video about abandoned pets that is going around the world

In the beginning, the video shows us a moving scene of a dog next to his sick owner. His wife has an strange look on her face when she looks at the dog. This look does not fit the scene. But, as you watch the video, you discover the reason why.

You see the dog near his owner, who it appears suffered a car accident. It also seems that the pet had a lot to do with saving the man’s life. What you see next will leave you speechless.

The man suffered a car accident for looking in the rear view mirror as the dog ran behind the car. But, why was the heartbroken canine running behind the car? Simple. You can see in the image that the owner had abandoned his pet in the woods!

How could the man know that the first thing he would see in the hospital when he woke, would be the same dog he tried to leave behind? The abandoned dog had saved his life. It was as if the animal was saying: ‘Here I am, I will keep on loving you even if you abandon me…’

Will the owner try to abandon his pet again after he recovers from the accident? We sincerely hope not…

The unconditional love of dogs

This video is another demonstration of the lack of resentment and bad feeling that our dogs have. They do not care how you treat them—they will keep on loving you no matter what. Do you remember the expression on the dog’s face when he realized that his owner had abandoned him?

And yet, he did not think twice before running behind the car when he saw his owner’s life in danger. Then he quickly ran for help. What would have happened if this abandoned pet was not there? Surely, a worse case scenario.

What does this video teach us? Without a doubt, dogs are better than most people. It is a sad fact but it is true. And it does not matter if our canine is old or sick—do they not deserve our care, or compensation for all the love and companionship that they gave to us?

How can we collaborate to eliminate the problem of abandoned pets? First: DO NOT ABANDON. Adopt instead of buying is an excellent option. Look beyond the physical aspects of the animal. Love them for what they are, and not for what they look like. And, of course, if you see abandoned pets report it right away. We may never be able to eliminate abandonment, but if we all work together, we can improve the situation.

Here is the video, because a picture is worth more than a thousand words…