Brain Power: The Wisdom of a Stray Dog

Believe it or not, there are a number of things that we can learn from a stray dog. When it comes to street smarts and survival, these pals have it down 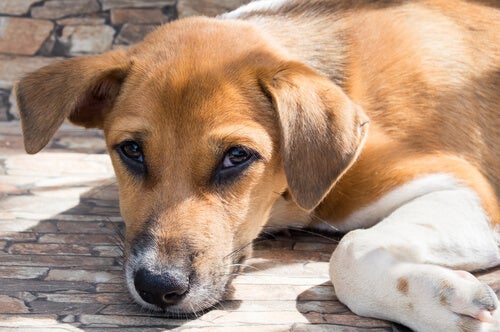 Based on the country or city where you live, you may see more or less animals (especially dogs) that have been abandoned or live on the street. In certain places it is a very serious problem that cannot be eradicated in spite of campaigns for sterilization and opening new shelters.

Many of us would love to bring them all home with us, but that is impossible. Nevertheless, if you have the possibility of adopting at least one stray dog, you’ll learn about the faithfulness and eternal gratitude that comes with it.

The statue of the stray dog

There’s a way to make people aware of this issue. In Mexico City, an artist named Girasol Botello created a statue in honor of a dog, “Fuzzy.” The idea was very interesting. It shows passers-by that animals cannot go unnoticed by humans.

The statue holds a plaque with a phrase that is heartbreaking but with the hope of having an effect on the city:

“My only crime was being born and living on the streets or being abandoned.

I did not ask to be born and in spite of your indifference and your slaps,

the only thing I ask of you is to have whatever is left over of your love.

I don’t want to suffer anymore, surviving in this world is a horrific ordeal!

Help me, help me please!”

The statue in Mexico City is one of the many statues that have been built around the world. For example, in downtown Moscow, there is another statue with the objective of reminding everyone about dogs without a home.

The dog “muse” lived in the train station. Its name is “Boy.” Everyone that took the metro knew him. He died because a woman took her pet out after hearing the stray dog’s barking. She said she feared that it would attack her.

The harsh reality of stray dogs

Dogs that live on the street sleep where they can. They eat whatever they can find. In fact, they nearly fall prey to death in a plaza, fight the cold in the winter and the heat in the summer. People without a heart abuse them. As a result, strays must fight with one another for a scrap of meat and have offspring anywhere they can.

A stray dog suffers even before birth and then must fend for itself and survive in whatever way it can,  begging for a piece of bread, to be petted, or to hear kind word. The programs or campaigns for sterilization and animal health are not sufficient in some cities and the expanding dog population poses a problem.

Adoption is one of the solutions, but even that has a “limit.” We can’t take home every dog! What do we do with the rest? Sadly they spend their entire lives in a “pound” or shelter, where while they’re spared the rain and the cold, they may spend days or weeks in a small cubicle shared with many others just like them.

What can a stray dog teach us?

Are you thinking of adopting an animal that lives on the streets? Or, one that resides in a shelter? Keep in mind that from the moment that you show him his new home, the dog will be so grateful. In fact, he wouldn’t mind giving his life for you. It is one of the “maxims” of a stray dog: 100% faithfulness to whoever rescues me. Would you like to know more?

What did you think of this Ten Commandments of a stray dog? Without a doubt, these animals teach us so much. And, it’s worth heeding their wisdom and experience…while we smother them with love!