Can You Have Joint Custody of a Pet?

When people separate, custody of the pets can be a difficult issue. But joint custody of pets does indeed exist. 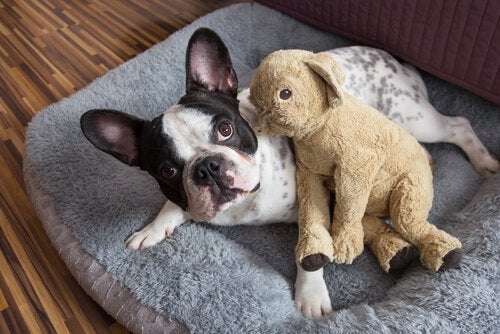 “And who gets the dog?” Someone might ask this as a joke when somebody’s relationship breaks down. Although, in reality, it’s no joke. It’s a serious matter for your pet’s emotional health; however, it is actually possible to have joint custody of a pet.

When people separate or divorce, animals do suffer. They’re used to two people loving them, and, suddenly, one of them isn’t there anymore. As a result, joint custody of pets became a reality, particularly if the two parties couldn’t come to an amicable agreement.

Although we use the term ‘joint custody‘, this is really the term which we apply exclusively to children.

In the case of animals, there is a term, “temporary enjoyment of the animal”, which means the same thing. It means sharing the animal according to how many hours each party has agreed.

As with children, someone has to decide whether or not it’s best for each person to “share” the animal, or whether it should go to one permanent home. This is much more complex with cats, as they have a harder time adapting to different surroundings. Dogs, on the other hand, are much easier in this respect.

Normally, the decision favors the person who keeps the house. This is normally because the person who’s leaving is possibly living with family or friends and simply doesn’t have space for the animal. Or, they might be renting an apartment which doesn’t allow pets.

When there are children in the relationship, then the other person can collect the pet at the same time as collecting the children. It’s often claimed that this is good for the children as well. The law isn’t particularly clear on this point, so things largely depend on the goodwill of the couple involved.

When you have joint custody of a pet, it could be the case that one party ignores the animal’s hygiene or feeding. They may even emotionally or physically abuse them.

You should report cases like this, and the authorities may well prevent the person from seeing the animal again. If there are children involved, then social services may well follow up on the matter to check that the children are not being mistreated as well.

How divorce affects a pet

When people get divorced, it’s not only people who have to get used to the change. Pets do too. There’s a change of home, territory, visitors in the home, not to mention different walks, routines, schedules, and loads of other stuff.

The changes can range in difficulty depending on the type of pet you have. Cats have a much harder time adapting to change, so they need to be carefully observed to make sure that they’re not suffering as a result of shared custody. If they’re struggling to adapt, they could become depressed or worse.

The vet can be very helpful

Routine visits to the vet can be really important in this situation. The vet will be able to easily tell you if your pet is suffering from some behavioral problems, sadness, depression, or any other issue.

Loss of appetite, loss of balance, sleeping a lot, or lying down staring into space can all be signs that something’s not quite right.

Whatever happens between the couple, they need to look after the best interests of their pet. It’s just the same as with children. Some damage is irreversible. When you adopt a pet, you take on the responsibility to look after their well-being, health, and safety. Don’t fail them now because of something which isn’t their fault.

Don’t be shy! Reason Why You Should Adopt a Pet
Many people want to adopt a pet, but do not know how or are afraid. However, the steps are very simple. Abandoned, injured and battered pets are waiting for a foster home that wants them. Read more »
Link copied!
Interesting Articles
Invertebrates
All About the Destructive Power of Termites