Read and learn about the many different canine allergies and symptoms that your dog can have. 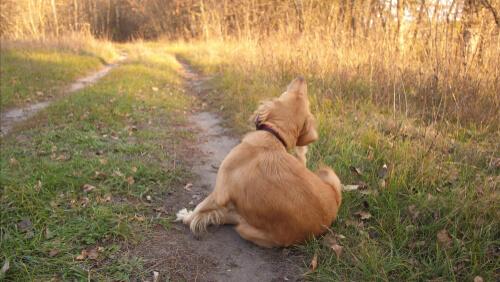 Canine allergies are a reality that can significantly reduce your dog’s quality of life. In fact, there are different types of allergies that may be causing symptoms.

Allergies affect many dogs. Mainly, canine allergies cause itching of the skin, ears, and eyes. They can also appear as a result of digestive problems such as chronic diarrhea and cause your dog’s life to be very difficult.

The symptoms of allergies are a result of a poor immunity to different allergies which dogs and people both have. Also, there are numerous different types of canine allergies.

Skin allergies, food allergies, and environmental allergens can be a problem for dogs and their owners. As if this weren’t enough, some of these different allergies can actually overlap.

Dermatitis allergies are an allergic reaction to fleas. Some dogs are allergic to the saliva of fleas. Their saliva causes excessive itching, especially at the base of the tail. The skin can become red, inflamed and have crust.

Food allergies can also cause itching skin. The ears and paws are the most common places where dogs are bothered by food allergies. Gastrointestinal symptoms can accompany these symptoms.

During allergy season, canine allergies from environmental allergens can cause bothersome reactions on the dog’s skin.

Environmental allergens such as dust, pollen, and dirt can cause allergic reactions to the skin or dermatitis. In the majority of cases, these allergies are seasonal, so the itching may only occur during certain times of the year.

Like food allergies, the most affected areas are the paws and ears. However, symptoms can also appear in other areas of the body such as the mouth, groin and around the eyes.

All of the skin allergies pose a risk of secondary infections. When your dog scratches, bites or licks the skin, they run the risk of exposing the skin to yeast or bacterial infections that may require treatment.

Food allergies aren’t as common as people think. True food allergies are caused by immunities. The symptoms in the skin can vary and there can be itching and facial swelling.

There can also be gastrointestinal symptoms such as vomiting and diarrhea or a combination of both. Rarely, a serious reaction can provoke anaphylactic shock, which is similar to the allergic reaction that people have to peanuts.

To continue on, what people mean when they say that their dog is allergic to food is that their dog has a sensitivity to a certain type of food. This is also known as food intolerance.

Sensitivity to food, different from actual allergies, doesn’t imply an immune response. In contrast, they are gradual reactions to an offensive ingredient in dog food, such as meat, eggs, wheat, corn, soy or milk.

Dogs with sensitivity to foods can expierence several symptoms. They include gastrointestinal signs such as vomiting, diarrhea, or dermatological symptoms like itching, deficient fur, and chronic infections of the ears and paws.

Some canine allergies are related to food,  which can cause digestive problems and gastrointestinal discomfort, including vomiting and diarrhea.

Beestings and reactions to a vaccination can cause an anaphylactic shock in some dogs. Therefore, it’s important to observe your dog after administering a new vaccine, medication or food. Fortunately, anaphylactic shocks are rare in dogs.

Dogs can also develop rashes or facial swelling as a result of an allergy. Swelling of the face, lips, eyelids or outer ear can be acute, but rarely fatal. The veterinarian can treat these reactions with an antihistamine.

Symptoms of allergies in dogs

Symptoms of allergies in dogs can vary, depending on the cause. For example, a dog that suffers anaphylactic shock will have low levels of sugar in the blood after the shock. This is very different from a skin problem.

In general, the following symptoms can be a sign of an allergic reaction:

Some of these symptoms may also be a sign of another ailment. In any case, it’s important to visit the veterinarian to get a precise diagnosis.