Meet social media star Atchoum. The pet with the genetic mutation which makes it almost impossible to tell what kind of creature he actually is. 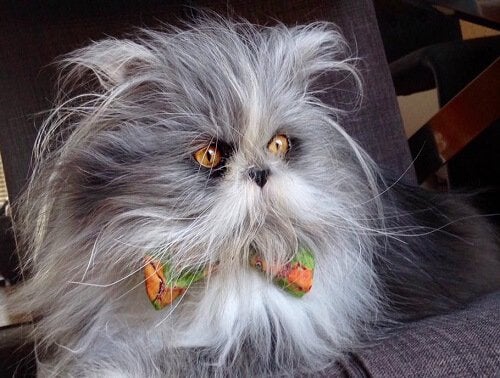 When it comes to the internet, there really is something for everyone. Over the last few years, there has been a huge rise in the number of websites featuring pets with unusual features or characteristics. These often prove to be highly profitable for their owners, who can make some serious cash from merchandising. This is the case with social media star, Atchoum. At first glance, it’s not easy to tell whether he’s a cat, dog, or maybe a totally different creature altogether.

Atchoum suffers from congenital hypertrichosis. In humans, this condition is colloquially known as “werewolf syndrome”.

While this hormonal disorder doesn’t have much in the way of a negative impact on his health, it does give him a rather unusual look, making it difficult to tell what kind of animal he actually is.

Congenital hypertrichosis makes Atchoum’s fur grows quickly and continuously. It also caused his claws to thicken, which meant they had to be removed to prevent them from hurting his paws.

His teeth are also smaller than average, but this doesn’t stop him eating to his heart’s content.

Discover the story of Atchoum, the family pet whose extra long fur makes it difficult to work out what kind of animal he actually is. Is he a cat or a dog? Or maybe an owl? More than that, his peculiar look has made him an internet sensation, and his owners use social media to post messages from their furry friend.

Dog, cat or owl – what is Atchoum?

By this point, you’ll definitely be wondering what kind of animal Atchoum actually is. Well, on his website, you’ll find a poll where his owners ask what he most looks like.

Some of the options include:

Believe it or not, this unusual animal with his striking amber eyes is actually a Persian cat. So, not only does he have hypertrichosis, but his fur would have been naturally long and thick to begin with.

To make up for it, however, his owner is actually a pet groomer, which is obviously a huge advantage for the extra furry pet.

The feline was born in 2014, and lives in Quebec, Canada with two other cats and his human family. Within a very short space of time, his owners helped Atchoum become a social media star. Apart from his own website – written in both English and French – where you can find a link to his online store, he also has accounts on:

There have also been several articles published about Atchoum on sites such as People and Buzzfeed.

A happy kitty, regardless of his condition

Atchoum, named after the French word for a sneeze, is thought to be the only feline in history to be diagnosed with hypertrichosis. As a result, nobody knows how his hormonal condition might develop. In any case, it’s important to know that this mutation doesn’t usually cause any problems in humans, apart from a few unusual physical traits.

So far at least, social media star Atchoum leads a normal life, and his attentive vet keeps a close eye on him. This year, Atchoum will be turning 5, and weighs approximately 8lb. About 1lb of that is pure fur, which his owner lovingly cares for and trims on a regular basis.

Luckily, apart from the odd costume his owners put him in for photos, the extra fluffy kitty spends his days happy and loved. And, most important of all, he seems completely oblivious to his internet fame.

He also doesn’t seem to mind that no one can decide whether he’s a cat or a dog. Apparently, he’s not really in the habit of voting in online polls anyway. 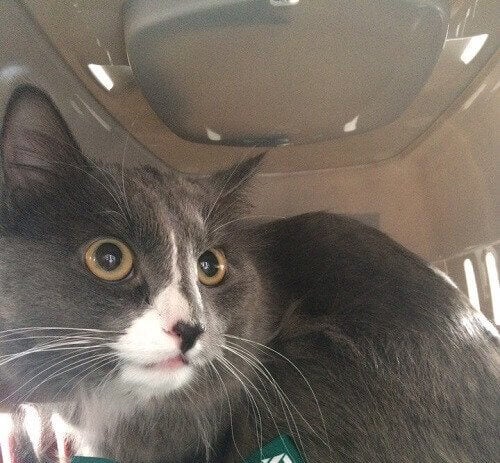 Meet the Russian Cat With a $520 Monthly Salary
In this article, we're going to tell you the strange, funny story of how a Russian cat named Bársik got hired by a construction company, salary and all! Read more »
Interesting Articles