How Chihuahuas Are More Aggressive Than Pitbulls 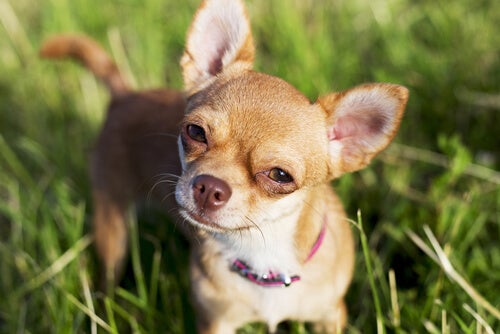 For many years, the Pitbull Terrier has been one of the most aggressive breed of canines.  However, a study reveals that these dogs are much calmer than Chihuahuas. It’s true. Yet, Chihuahuas are usually known for their small size and neurotic nature.

Out of all the breeds studied, chihuahuas were the most aggressive. This was true even with large dogs they had never seen before.

But, there were more surprises in this study.  This study revealed that the Pitbull Terrier is one of the least aggressive breeds.

These results show that our long-held beliefs about pitbulls are wrong.  The Pitbull Terrier is a relatively calm breed. Meanwhile, the most neurotic and ferocious turned out to be Chihuahuas.

The study evaluated the dogs’ aggression in different situations. For instance, some were with familiar and unfamiliar people, with children, with other dogs, etc.

And, a total of four thousand dog owners participated in the study.

Additionally, it’s interesting that among the 35 most common dog breeds, the Chihuahuas turned out to be the most aggressive and neurotic.  This aggression was most extreme in interactions with larger dogs.

The study also emphasizes that Chihuahua owners rated their dogs as only moderately aggressive.  But, it was clear that they were very aggressive when compared to other dogs.

The study also points out that prejudice against Pitbulls is worse than it should be because people mistake various breeds for Pitbulls.

Data like this are important to help overcome prejudice against certain breeds.  It is also important so that the owners of the Pitbull Terriers don’t project this presumed aggressiveness on their dogs. After all, this could cause the owners to be more aggressive with their pet.

A dog’s behaviors depend a lot on its upbringing.

It is said that a dog absorbs the behavior and attitudes of its owner, as well as the responses of its owner in certain situations.

The stigma of Pitbulls

This social stigma against pitbulls is nothing new.  Their reputation as dangerous has been brought up in both politics and in cultural settings.  Even the Russian author Dostoyevski called pitbulls “a terrible beast.”

The media also contributes to the existing prejudice against pitbulls.

For example, in 2008 a woman was attacked by a pitbull and had to be hospitalized.  This event generated 230 articles and dozens of televised reports, both in national and international news.

A few days before, a “mixed breed” dog killed a 16-month-old boy and it was only reported twice by a local newspaper.

Many people believe that the biggest dogs are the most aggressive or wild. And, they mistake the smallest as the most tender and calm.

This popular belief has led to the inclusion of pitbulls in specific legislation in 900 cities around the world.  Regulations range from having to use a gag with these dogs to the practice of euthanasia on pitbulls.

This is the smallest breed of dog.

In addition to being an adorable pet, this is an intelligent, restless and curious companion. Chihuahuas will offer a universe of affection to those who care for them.

What’s more, this breed is originally from Mexico, specifcally in the region of Chihuahua. After all, this is where people discovered this type of dog for the first time.

Chihuahuas as a breed do not have a defined personality.  Depending on the training and upbringing they receive, they can vary from a loving and tender dog to a somewhat malicious and cunning breed.

Chihuahuas are intelligent and observant. And, they enjoy getting what they want.

In addition, Chihuahuas are brave and faithful animals despite their small size.  They are very dedicated to their family and are always alert and restless, vigilant against any intruder.

They can show some jealousy towards their owners’ other relationships.

Chihuahuas are not often aware of their small size. And, this can lead them to stand up to people or dogs much larger than them. Most of the time, they do this in defense of their owners or property.