Careful! Diseases that We Could Give to Our Pets

It's true: sicknesses are transmittable between pets and humans! 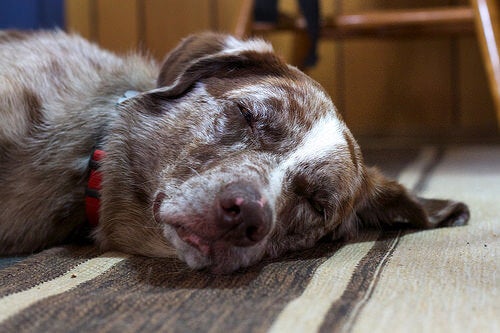 Even though we always talk about how dogs and cats can give certain diseases to us, the truth is that there are also diseases that we can give to our pets. Would you like to know what they are? Then keep reading this article.

What diseases can we give to our pets?

Let’s see what diseases we can pass on to our pets. It is actually easier that the opposite happens (that the animals give us illnesses). However, we can cause our pets’ sicknesses. Today we know that dogs and cats can suffer arthritis, diabetes, constipation, intestinal problems, allergies, and other illnesses considered “human.”

This is because, since they also live in this contaminated and stressful world,  diseases that they didn’t suffer from until years ago are now standard. We should also take into account that, even though pets have been vaccinated, there are no treatments for certain viruses. There are also none for some bacteria and microorganisms that people have given them.

Did you know that our pets can get sick like people? They are by our side for many hours. Remember that they are like a “sponge” that absorbs everything that happens around them. When you are stressed, your dog is also stressed. If you feel depressed, your furry friend probably feels the same way… And it’s like that with each emotion that we experience.

Food is another factor that we should take into consideration. Remember that it could be responsible for the diseases that “catch” pets. If we give him “human” food and not just the specifically designed dog food, we will be giving him processed flour, artificial ingredients, conservatives, refined sugar, fats, etc.

It is important to be careful about how we feed our pet. If he is not well-nourished, he is more susceptible to get sick. This doesn’t mean that we need to take care of them excessively (because that’s not good either). But do not forget that it is necessary to pay more attention to food than we do.

We are not actually “transmitting” a disease by giving him inadequate food. However, we are making him more prone to certain illnesses like obesity, diabetes, or hypertension, and everything that that means.

Among the most “common” diseases that a person can give to their dog or cat, it’s tuberculosis. Even though there are many vaccines for humans to prevent the development and transmission, they are many more people that suffer from it than what you’d think.

In turn, we can pass on taeniasis. This is a parasite that is eliminated through feces, and that could be sniffed by the animal. Giving our pet the flu is the most common. When the winter season starts, we don’t usually realize it. But besides making sure that we don’t give a cold to other people, we should distance ourselves a bit from our dog or cat to avoid getting them sick too.

The dangers of reverse zoonosis

The concept of transmission of diseases from human to animal is known as “reverse zoonosis.” Even though it’s not well-known, different studies have been carried out to teach people how to prevent it.

The new flu strains (including the most recent pandemic influenza, known as H1N1) have evolved enough to affect not only people, but also animals. First, they appear in pigs and birds. After, they are passed on to human beings. And from there on to pets. The bad thing is that dogs and cats don’t have the defenses nor the appropriate vaccines to face these diseases. So, a simple cold could kill them.

Although there are very few documented cases of inverse zoonosis, the fact is that it’s something that worries veterinarians more and more. However, of course, the focus of attention continues being on the transmission of diseases from animals to people.

It is recommended that, if someone has the flu, to stay away as much as possible from their pets (especially from cats, who tend to be the most vulnerable to respiratory diseases). Don’t sleep in the same bed, not even in the same room until you are 100% healthy.

The symptoms of this disease in pets are similar to those of people. They have a lack of energy, fever, lack of appetite, and mood changes.

These are the diseases that we can give to pets. Remember them to avoid getting your animal sick.