Home » Animals » Do you Know why your Cat Seems so much Like you?

Do you Know why your Cat Seems so much Like you? 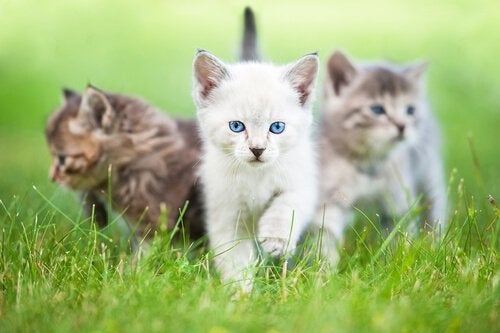 It’s been demonstrated that pets are often very similar to their owners. Sometimes they even seem to have the same face and we often look for similarities between people and their pets. Do you think that your cat is like you?

The Best Choice of Cat

When choosing a cat, we tend to look for one who goes with our personality. We look for one that suits our tastes, needs, and preferences. As a result, we end up with dogs, cats, and other animals at home who fit our character.

A dynamic and athletic person is likely to choose a strong and energetic dog, like a Doberman.

Sometimes this can even be the opposite case. Some people choose the most similar, others look for the opposite of their personality and image. This happens because psychologically we’re either attracted to the same (narcissism), or the opposite, depending on our character.

Pets  Similar to their Owner

People say that pets bear a resemblance to their owners because they’re projections of our personality. They tend to encapsulate our preferences, habits, and interests.

There are cat people and dog people.  Some people are happy with the independent behavior of a cat. On the other hand, others are more satisfied by a dog’s evolved need to belong to a pack.

But also, there are people who prefer birds, iguanas, lizards, or even tarantulas. This tends to be related to our character.

Are you a Cat Person?

Different studies have shown that people who identify as cat lovers obtained higher scores in intelligence tests. Furthermore they are more introverted and non-conformist.

If you prefer intelligent beings like you, you’ll want a cat. This will also be the case if you enjoy being sociable, and thinking in a divergent and independent way.

Is there a Relationship with Political Preferences?

If you’ve chosen to have a cat it’s possible that you have a tendency towards liberalism. A survey carried out by Time magazine concluded that liberal people preferred cats as pets.

Tests have been carried out on people for personality traits associated with dominance. They’ve shown that owners who prefer cats have low scores for these traits. Furthermore, people with cats tend to live alone and in apartments.

Statistics about your Cat

According to the National Institute of Statistics and Geography in Mexico, a greater percentage of people who live with cats are single and live in apartments, particularly in cities. By contrast, people with dogs tend to live in larger places, outside of the city. Usually, they’re in homes with children.

It’s important to remember that by their nature cats are solitary hunters, and tend to be more active at night.

Cats are pretty invisible during the day. They only come out at night. Although from time to time they’re involved in social activities or play with people. But they do this with limited interest.

When it comes to confidence, owners of cats are often quite confident. Confident people are recognised as very kind, modest, and straight-forward people.

As for dogs, their character tends be highly influenced by the type of life or tasks that they have. The same happens between people.

Experts claim that people with a sheepdog or a working dog are more extrovert, sociable, and talkative. Those who live with a country dog, like a greyhound or a beagle, are friendly and generous.

Owners of terriers like to care for others and carry out specific tasks. They’re more empathetic and try to understand other people’s feelings better.

All of this is quite normal. When thinking about living with an animal, look for one that resembles a little bit of you. That way your pet will fit into your lifestyle.