Home » Animals » Is Your Dog Aggressive? It’s Not His Fault

Is Your Dog Aggressive? It’s Not His Fault

There's more to a dog's behavior than you may have thought 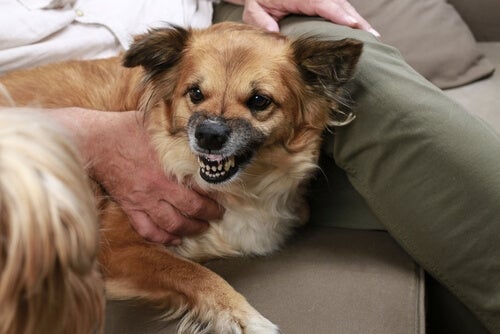 People say that there are bad or dangerous pets. However, a pet isn’t “bad” because of genetics or his personality, but because of his owners or upbringing. In this article, we’ll tell you why a dog’s aggression is not his fault.

When a dog bares his teeth and barks nervously, it is a sign of aggression. This behavior can lead to many problems, not only for the animal, but also for those around him.

People often say that certain breeds are “aggressive”, however, that is debatable. Just because an animal belongs to a particular breed, doesn’t mean it will attack or bite. Aggression in dogs is behavior directed at others, with the motive to defend or attack. It can also be a sign of domination or fear.

Why do dogs develop aggressive tendencies?

Many factors can influence a canine to be aggressive. Some of these originate from the animal himself, but others are due to his relationship with human beings. The principal causes of aggression in dogs are:

If the animal feels pain and is not healthy, he can develop aggressive behaviors. These behaviors can become more habitual if the dog has skin problems, broken bones, or is hurt or weak. Since they don’t recognize that these symptoms come from their physical condition, they think that those around them are hurting them. This behavior is normal for stray dogs who have suffered abuse.

If your pet begins to be more aggressive without any apparent motive, we recommend you bring him to the veterinarian, who can evaluate whether he suffers from any diseases or illnesses.

It is essential for a puppy between 3 and 12 weeks old to have contact with other animals in order to begin the socialization process. This stage involves not only meeting dogs, but also people outside their family environment.

A social canine is healthier, well-balanced, and less aggressive. On the other hand, if a dog has never been out to the park, hasn’t met other dogs, or is only ever with the same people, it is more likely that fear and stress will cause him to be aggressive. That’s why it’s so important to socialize dogs early on.

If a dog is not properly taught, and is not given limits, he will probably be aggressive to anyone who “comes at him”, be it is his owner giving him an order, or another animal when playing or coexisting. Poor training can also be caused by excess pampering, and treating a dog like a human instead of teaching him as we should.

On the other hand, excessive punishments, exaggerated yelling, and hitting can exacerbate a dog’s aggression. Keeping him tied up, neglecting to feed him, or threatening him for whatever reason– these are all things that can modify an animal’s personality.

Females are likely to go through a stage of aggressiveness during childbirth, and during their offspring’s first few days. They will not allow anyone (who generates distrust) to touch or approach their babies. This is an instinctive behavior, and they always seek to protect their puppies.

Some dogs can be aggressive when they see that their leadership or territorial control is jeopardized. If an intruder invades his space, or takes an object that belongs to him, he will respond by barking and growling. It is important to avoid this if you want to bring another pet home, or if you’re expecting a baby.

Related to this is the fact that some dogs develop possessiveness over an object, person, or another animal. If they have a toy and we want to take it away, they will defend it with their claws and teeth. If we want to approach their children or their “underlings” (as in the case of alpha males), they can also act this way. 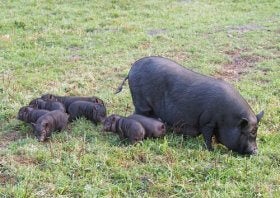 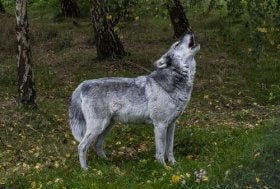