Dogs or cats? Facebook Analyses you Based on Your Pet 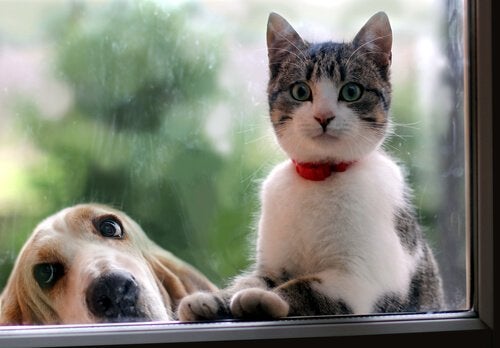 This is a non-stop debate like the chicken or the egg. Dogs or cats? Cats or dogs? What a difficult answer! Although, there are animal lovers on both sides.  The truth all depends on our personality. It´s all about your relationship with your pets and the type of house you live in.  However, Facebook has come up with something new. A way to analyze your profile based on the type of pet in your family.

Dogs or cats? That is the question

There is no doubt dog and cat owners are not the same. In fact, they have many differences. For example, the first is more active and dependent, and the other is more solitary and self-sufficient. Is it the expression true? Are pet owners really like their pets?

It seems that this was the same question asked by Facebook directors.  A study comparing the differences between “doglike” and “catlike” users was conducted by more than 160 thousand pictures of people (with their pets, of course). Then they applied the same analytical program used to detect our animal friends’ faces and got some very interesting results.

Based on their research, dog owners had an approximate 25 friends more (on average), than cat lovers. On the other hand, cat owners received more invitations to events than their canine counterparts.

There are also differences between both groups in regards to posted emotions. For example, cat owners express a greater variety of feelings by using the option “I feel” in comparison to dog owners.

“Catlike” people typically feel tired, amused, irritated, happy, sad, in love, excited, and grateful. On the other hand. the “doglike” crowd expresses their feelings as fabulous, blessed, proud, and overjoyed.

Among other curious data in this study, we learn that 30% of cat owners are single compared to 24% of canine fans. The difference is pretty small, so we can conclude that choosing a cat or a dog has nothing to do with having a couple.

Is there anything else they have in common? They all like the movie Frozen, the series Law and Order, and the novel The Great Gatsby by F. Scott Fitzgerald. Now that’s strange!

Dogs or Cats? What does Science say?

Scientists say those who decide to have a dog at home are more responsible. Those who adopt a cat are more adventurous. Nevertheless, these are not the only characteristics that differ among these animal lovers.

The University of Texas also conducted a study. They concluded that there “are notable differences between individuals who are closer to dogs than those who prefer cats.” In consideration to this test result, 45% feel closer to dogs. This group also expresses their feelings towards their pet, compared with 28% of those who own a cat.

Regarding dog owner characteristics, we can emphasize that they are more outgoing, less neurotic, and describe themselves as loving and responsible. They also have the idea of getting married and having children.

Those who belong to the cat fan club are more adventurous. They are also more creative, prone to anxieties, and more prefer to live alone (more independent.)

Regarding this study, scientist explain there is “contagiousness” of the character between the human and their pet, in addition to the self-perception of the animal. For example, this means if we are very sociable, we will feel more identified with dogs.  Therefore, we decide to have one at home. On the other hand, if we enjoy solitude and self-sufficiency, we will choose a cat for a pet.

Dogs require more attention and are more expensive to care take care of. They are also noisier but at the same time protective over the household and are loyal companions. Cats, in turn, are more independent, require less attention, and are ideal for those who work all day.