You might have already known this, but parakeets are faithful to their partners for their entire lives (or their mate's). Adorable, right? 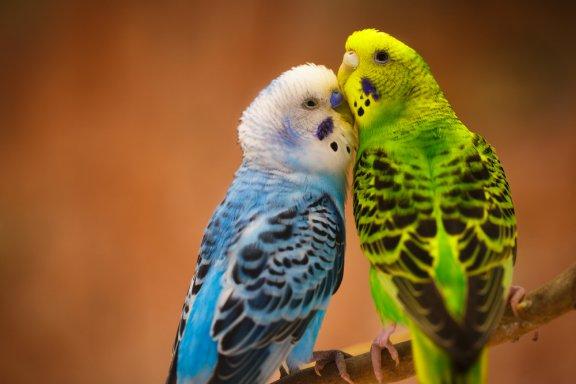 Parakeets aren’t just internationally recognized and popular because of their small size and beauty. They also are known for their friendliness, happiness, and intelligence. Today, we’re going to tell you some more interesting qualities and fun facts about parakeets.

Continue reading to learn some interesting things about their appearance, behavior, and lifestyle. The 5 we’re going to show you today are truly fascinating.

There are lots of types of parakeet

The Budgerigar is the classic parakeet you probably know about. But breeding them in captivity has led to all different types and subtypes.

The most common types to have as pets are: The Budgerigar, Cinnamon Budgie, Ino Budgie, Opaline Budgie, Albino Budgie, and Lutino Budgie.

Their life expectancy depends on the care they receive

A parakeet has an average life expectancy of 6-10 years. That can change slightly depending on the specific breed. But in good conditions, there are some that can live up to 15 years.

How long a parakeet can live in captivity entirely depends on their environment and the care they receive. If you want yours to be with you for many years, then you should invest in their quality of life.

They use body language

Parakeets sing beautifully and can even learn words. But that’s not all. They also use body language to express their emotions and to communicate. Parakeet body language is complex and diverse, and they consist of all kinds of gestures and movements.

Here are some of the most common:

They’re monogamous and have stable relationships

One of our favorite fun facts about parakeets is that they’re monogamous. This means they form stable, lifelong relationships. They’ll only start a new relationship if their mate has died. But a lot of parakeets go through intense grief after a mate’s death, and may even die themselves.

So, it’s best to adopt two parakeets instead of one. One parakeet would feel extremely lonely if they’re all by themselves.

They develop better and live happier lives when they have other members of their species around. As far as reproduction, they’ll only hatch their eggs if you give them a nest.

They can get a lot of the same illnesses as us

Parakeets are very sensitive and can get sick very easily without proper care. In fact, they can even suffer illnesses that are very similar to the ones humans get.

Asthma, diabetes, depression, bronchitis, and anemia can all happen to both humans and parakeets. But don’t worry, that doesn’t mean parakeets can transmit those same diseases to humans.

That’s all of our fun facts for today. We hope you’ve learned a lot about parakeets in this article. Maybe we’ve even inspired you to get a couple as pets!