Dogs That Bark The Most

Even though a dog's training and personality can affect how much a dog barks, there are still other breeds that are more predisposed to barking. 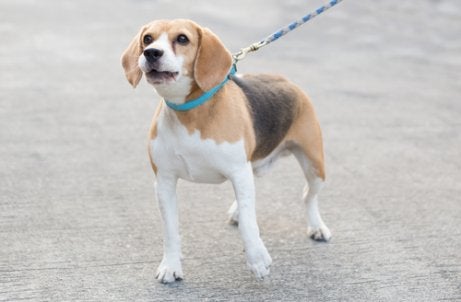 Dogs are able to warn their owners about danger or let others know that they’re hungry or want to play. However, repetitive barking can get on people’s nerves. The article today provides information about what dogs breeds bark the most.  That way, if you’re audio sensitive and are planning to adopt a dog, you can avoid these breeds.

What dog breeds bark the most?

In many cases, the reason why dogs bark depends on several factors. For example, training, personality, and the dependency level they have for their owner. All dogs bark for these reasons but some bark more than average. Let’s take a look:

This medium-sized dog belongs to the bloodhound family and it is shown in the picture above. Beagles are know for their high energy levels and for being able to spend hours tracking down prey. Although beagles are among breeds that bark the most, a lot of people chose to have them as a pet.

The beagle is cheerful, affectionate, and friendly. It’s not aggressive but it can be shy around strangers. Beagles can be difficult to train and don’t always follow orders when they already are preoccupied something else. Also, this breed gets bored easily and can be destructive if left alone for too long.

This is another breed that barks more than the average dog.  It originated from England and just like most terriers, they are are separated into two groups based on their coats, that can have smooth or wire-haired.

The fox terriers’ personality is lively, cheerful, courageous, smart, and active. These dogs usually bark when they spot something they like such a park or the outdoors. Keep in mind that these dogs were bred to hunt foxes and still have that instinct.

One of the downsides of this breed is that they bark excessively. This breed is originally from the Scottish Highlands and were used to hunt rabbits and birds. This completely white dog with messy fur is popularly know as the “Westie”.

West Highland White Terriers are determined hunters that don’t give up until they capture their prey. This breed has a very strong personality. Although they seem like the perfect size for an apartment, remember that they don’t like to be alone and can bark a lot when feeling separation anxiety.

This breed emerged in Germany during the mid-nineteenth century after crossbreeding standard schnauzers with miniature pinschers. This dog is always alert, intelligent, and determined. They are one of the breeds that bark the most because their mouse hunting instincts has them bark excessively when seeing any sudden movements.

The last dog on the list of dogs that bark the most is…. another terrier! This terrier originated from England and it was very popular during the Victorian era. It has become popular nowadays due to its small size, which many people take them everywhere they go. That why this breed is a favorite of celebrities,

Yorkshire terriers are brave and determined dogs that are very active, overprotective, and independent. They love to be the center of attention and are not a peaceful “lapdogs.” These dogs bark a lot when they noticing any sudden movements, which is why they can be good guard dogs for you home. You can stop this dog’s barking from becoming a nuisance by training it at an early stage of life.

These dogs are the breed that bark the most, but certainly not the only one. Other “noisy” breeds are poodles, Pekingese, Chihuahuas, Cairn Terriers, and Boston Terriers.

Domestic Animals
How to Look After Your Pet After Their Surgery

A very common question that you may have as a pet owner is: how to look after your pet after…