Is It Really Possible to Have a Rabbit as a Pet? 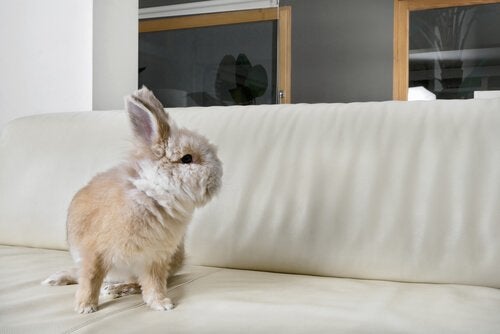 Being able to only choose between a cat or a dog as a pet is a thing of the past. Little by little people are starting to get ferrets, squirrels, monkeys, pigs, and many other types of animal. Some have even tried getting a rabbit. So, is it really possible to have a rabbit as a pet?

The short answer to this question is yes. In fact, almost any well-domesticated small animal can be kept as a pet. There’s more than one case of people actually having a tiger! However, in matter of fact, having a rabbit as a pet brings certain benefits and certain inconveniences that you should know about. This article will provide all the information you need know.

What you should know about rabbits

All animals require special attention. Therefore, spending your time on them and giving them space has a lot to do with their quality of life. Maybe it’s the children who want the pet the most. However, it’s always up for the parent to make the final decision because they’re the ones who will be left with the responsibility. Therefore, you need to think about how willing you are to take on such a responsibility.

Of course, there is no need to take your rabbit out for a walk. All you have to do is simply let them roam around in the apartment or garden. Freedom is necessary for them as it is for any other being. You’ll have to learn what are the best food for them and keep their pen clean. So just like with any other animal, a rabbit has its expenses and needs time. So, before getting one, think very carefully about its needs.

Benefits of having a rabbit

If you spend a lot of time working out of the house then a rabbit may be the right choice for you, because unlike dogs, they don’t need so much attention.

Since the majority of their life will be spent inside a pen, finding someone to take care of them while you’re on vacation will not be such a problem. Likewise, they don’t require that much attention and they’re very affectionate. Surely one of your friends won’t have a problem to look after them for a few days.

Their affectionate nature also makes rabbits an ideal pet for children. They always respond when they’re called, like affection and handle loneliness very well. Therefore, being out of the house for several hours a day is no problem for them.

Inconveniences with having a rabbit

They’re very delicate animals and may require having several visits to the vet. This could get expensive. Therefore, as mentioned above, you’ll need to consider the cost paying for their pen, food, and water like any other pet.

Although they don’t need as much attention as dogs, they still need care and affection. Even if you spend many hours out of the house, you should at least give them an hour of your time daily. They need to run, you need to play with them, pet them, and show them affection.

Their teeth are also very sharp so you need to keep an eye on them while children play with them. They might use them to destroy things in the house, which is something else you need to bear in mind.

However, as you can see, the inconveniences are not hopeless. If you really want to have a pet, a rabbit could be best for you. Honestly, all animals require the same from us: love, affection, and a little time. Fortunately, rabbits don’t require that much time as other animals.  Anyways, remember a pet is a living animal. So, make sure that whatever you choose, that you’re willing to take on the responsibility.

Link copied!
Interesting Articles
Rabbits
How Many Types of Domestic Rabbits Are There?