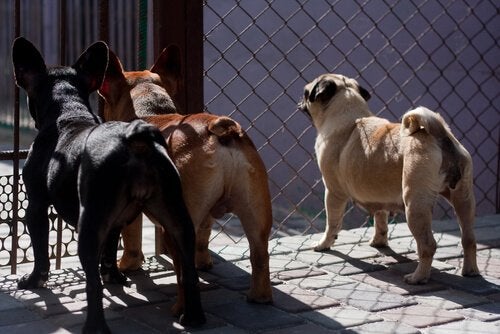 Taiwan is the first country in Asia to ban the human consumption of dog and cat meat within its territory. The legislature on the island has approved an amendment to modify the Animal Protection Law. Thus, prohibiting the slaughter of these animals for human consumption.

Another important measure is that the penalties on the island for those who break this law are strict, and the same applies to those who market these types of products. These people can go to jail, in addition to facing large fines.

This reform is awaiting approval from the Taiwanese Executive and a signature from the president. It will impose a prison sentence of up to two years and fines from 200,000-2 million Taiwanese dollars, (approximately €6-60.000). Penalties are enforceable on the traders of dog and cat meat.

Before this amendment came into effect, the penalty for deliberate abuse causing serious injury, damage to vital organs or death, were much smaller.

It is also worthwhile to add that, in the case of cats and dogs, it used to only be illegal to slaughter and sell them. However, this was not the case when it came to their consumption.

At the point when this new regulation is put into force, people who eat dog or cat meat will be penalized with the equivalent fine of between €1.500 and €7.700.

Moreover, government authorities will have permission to publish the names and photographs of people who have been convicted of these crimes, along with their criminal history.

Another interesting fact is that these new laws prohibit moped and car drivers from letting animals off the leash while the vehicle is in motion. If they do, they will face equivalent fines of between €90 and €460.

Other Asian Countries That Prohibit Dog and Cat Meat

In South Korea, different administrations of local municipalities have issued regulations prohibiting the trade of dog and cat meat, although not for slaughter or animal abuse.

In Hong Kong, the opposite is true. Although animal slaughter is forbidden, humans are allowed to consume dog and cat meat.

China continues to be animal welfare’s biggest challenge. However, less people are now eating dog or cat meat. Some festivals, though, such as the Yulin festival, are controversial and can have a negative impact. It prevents improvement of the Asian image, as far as animal protection is concerned.

Madrid Will Prevent The Putting Down Of Stray Animals

A new pet protection law has recently been approved in Madrid. Thankfully, it prohibits people from putting down stray animals or animals who are in kennels.

The new regulation bans animal sacrifices for those living in shelters. It also keeps the animal from enduring a double punishment–as the victim of abandonment and forced sacrifice. The spirit of the law is more directed towards sterilization, to avoid overpopulation and abandonment.

This legislation also regulates abuse, either by action or omission. In addition, it prohibits people from exhibiting animals in events intended for leisure or fun.

It also prohibits the use of dogs for begging.

Other important changes to the law include banning people from giving away or raffling pets as rewards. It is illegal to use animals in photoshoots or for advertising, without authorization.

People will also be prohibited from leaving animals in vehicles without ventilation. Likewise, to shoot or attack animals with firearms or compressed air, except in very exceptional cases.

The pet protection law advocates a no-slaughter policy. Pet stores and veterinary clinics now have a duty to make changes in order to continue having dogs and cats on their premises.