Extinct Whales Discovered Off The Coast Of Spain

Scientists at the University of Cadiz have discovered the presence of these whales -- that date back more than two thousand years ago -- close to Tarifa, where the Romans had the ancient city of Baelo Claudia. The southern right whale and the grey whale probably once breed in the Mediterranean sea. 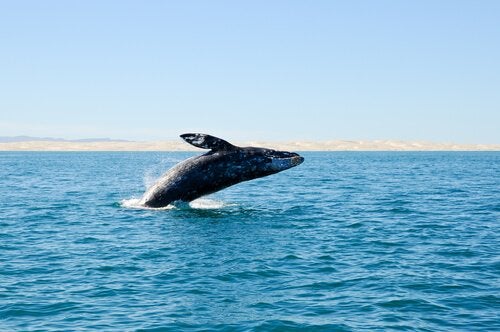 Thanks to archaeology, extinct whales are being discovered worldwide.  In just the same way that the European Lynx inhabited the Iberian peninsula, there were once whales that lived off the Spanish coastline hundreds of years ago.

Extinct whales off the Spanish coast

More than 2,000 years ago, during the beginning of the Roman Empire, the Mediterranean Sea was home to two species of whales that no longer swim these waters today.

Fossils of Southern Right Whales and Grey Whales were discovered off the Mediterranean coastline of Baelo Claudia, an ancient Roman city close to Tarifa, Spain.

At least, this is what scientists at the University of Cadiz say, who’ve analyzed the bones they found at Baelo Claudia, one of the Roman Mediterranean trade centers. This location was famous for processing fish, by salting them and extracting their oils.

The two species of whale that have been discovered are the Southern Right Whale (Eubalaena glacialis) and the Grey Whale (Eschrichtius robustus).

While the Southern Right whale only swims in the more extreme waters of the planet, the Grey whale lives north of the Pacific. Therefore, the two species have spent hundreds of years away from the European coasts.

Both migratory species probably came to the Mediterranean to breed, which would result in the large gathering of whales at this latitude.

In order for this to happen, the whales would have to enter through the strait of Gibraltar, where the town of Baelo Claudia was located.

The Romans were very good at exploiting the depths of the sea and they traded resources like red tuna. Therefore, it’s not strange to imagine that they also hunted whales.

New techniques enabled archeologist to find the scapula of a grey whale in an Asturian village, from a time prior to the Roman invasion, when the whaling industry was good on the Cantabrian coast during the middle ages.

As interesting as it may sound, scientists are still uncertain if these findings really mean that Romans hunted whales.

The truth is that many extinct whales have been found on several coasts. This is just another reason why it’s important to protect whales.

In Spain, the remains of extinct whales date back to the time the Basque whaling industry flourished. Basque whalers were one of the first people in Europe to turn it into an industry. They obtained the oil from these animals as well as bones and meat.

In fact, the Basques would travel all the way to Iceland in order to exploit this resource during the middle ages.  They even established a language known as Basque-Icelandic pidgin.

However, despite this, the relationship between the Basques and the Icelandic ended badly. Until 2015 there still existed a law making it legal to kill Basques on Icelandic soil. Obviously, this wasn’t observed becauseit was a medieval law.

People have claimed that the Basque whalers even got as far as America before Columbus. Although there is no proof of this, it’s true that they often went to Terranova (Canada) during the beginning of the 16th Century.

The Basque fleet consisted of thirty ships and 2,000 hunters that hunted 400 whales each year.

However, these findings of extinct whales that come from the Roman coastline could overshadow the Basque legend.

Some believe that this is a clear indicator that the whaling industry didn’t begin with the Basques, but with the Romans centuries before.

The truth is that there is little evidence to support this theory. Although the Romans were able to capture whales and other fish with small boats and harpoons.

It seems more likely that they captured whales only occasionally, and most likely when they were already beached.

These two  coastal species were easier to hunt than other large whales. In fact, the Roman historian and naturalist, Pliny the Elder, mentions seeing orcas hunted in Cadiz, which would be impossible today.

Wild Animals
The Fauna of the Galapagos Islands

Located in the heart of the Pacific Ocean, the Galapagos Islands are almost 620 miles from the American continent. This…