Famous Historical Figures and Their Pets

In the past, many historical figures owned pets: painter, actors, singers, and politicians have all adopted exotic animals. 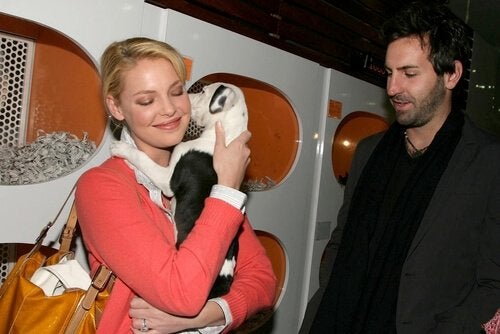 Before you continue reading, you should know the difference between domestic and wild animals. When a wild animal is domesticated, it might develop a number of medical conditions or behavioral issues. As a result, keeping many animals in captivity is banned and punishable with a fine.

However, for many years, the fashion of domesticating wild animals was considered to be exotic or noble. This is why many famous historical figures adopted wild animals as pets, something which wouldn’t be allowed today.

Elvis Presley and His Wallaby

The King of Rock ‘n’ Roll was a renowned animal lover and had many pets during his life. At home, Elvis used to breed dogs, hens, pigs, geese, goats, and even tried to domesticate a wallaby.

This curious animal was given to Elvis by some Australian fans at a concert in the 1950s. These marsupial are similar to kangaroos, but they’re smaller and have different habits.

After several failed attempts to domesticate it, Elvis had to donate his wallaby to Memphis Zoo. But the relationship between the King of Rock ‘n’ Roll and wallabies didn’t end there. In 1962, Elvis made a second donation to Memphis Zoo; another wallaby.

Josephine Baker and Her Cheetah

Another one of these famous historical figures was this distinguished dancer, who had many exotic pets throughout her career. However, without a doubt, the most famous of them was her female cheetah named Chiquita. The photos of her walking around the city with her cheetah are as famous as they are sad.

Chiquita used to take part in a few music and dance shows alongside Miss Baker. She was so successful that the owner of the club where Baker used to dance offered her the animal as a gift.

The Alligator of John Quincy Adams

John Quincy Adams was the sixth President of the United States and one of the most peculiar historical figures. Apart from his achievements as president, he was known for keeping an alligator as a pet in the White House.

The alligator had been offered by Marquis de Lafayette during his visits to the United States between 1824 and 1825. It’s said that alligator lived in the East Room’s bathroom for a few years.

However, the White House history and alligators doesn’t end with Adams. During the 30s, the son of Herbert Hoover used to visit his father with two alligators that he kept as pets.

Frida Kahlo and Her Deer, Granizo

Diego Rivero and his brilliant wife, Frida Kahlo, raised a large number of wild animals as exotic pets. Aside from their beloved dogs, the couple tried to domesticate monkeys, wild birds, and a deer named Granizo.

Granizo played such a part in Frida’s life that he became the inspiration for her painting The Wounded Deer. In her painting, she merged with the body of a deer wounded by nine arrows.

Without a doubt, Audrey Hepburn was one of the most loved and known artists in Hollywood. This famous actress fell in love with a fawn that she worked with during the shooting of the film Green Mansions. Hepburn used to feed the little fawn with a bottle during filming and she named him Pippin.

In a short while, Pippin was also fell in love with the actress and used to follow her everywhere. When the film finished, Audrey and Pippin had to go their separate ways.

Lord Byron and His Pet Bear

The poet, Lord Byron, is one of the unique historical figures in international culture. In 1805, Byron went to study at Trinity College and he intended to bring his dog, Boatswain. However, the institution wouldn’t accept dogs, so his pet couldn’t come with him.

After numerous refusals by Trinity College, Byron cleverly came up with an idea to break the rules. The poet decided to adopt a bear as a pet and demanded that the institution show him the rule that was against bringing this animal on campus. The rule didn’t exist, so the directors had to accept his pet bear.