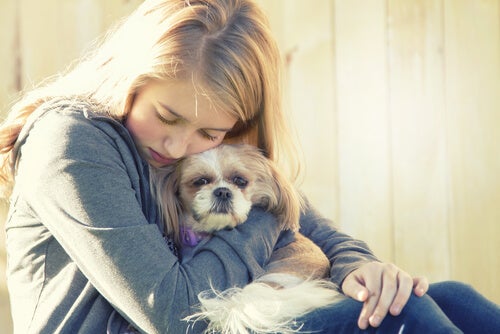 It’s no secret that most hospitals prohibit animals. Of course, this makes sense because they can carry different types of bacteria that are usually harmful for some patients. Because of this, hospitals have historically opted for not allowing their entry.

However, today at the Juravinski Hospital in Canada put a new measure in place. This means patients can be visited weekly not only by their family and friends, but also by their pets, who prove to be an essential part of their lives.

This fact does represent a real evolution in the importance in the bond between pets and their owners. However, the truth is that it has been implemented following the death of a young patient. After all, the patient was in his last days. He asked for a visit from his dog. Basically, he wanted to spend the little time he had left together.

His Best Friend in the Canadian Hospital

This story is about Zachary Noble, a Canadian of only 23 years old. He was diagnosed with a terrible case of Hodgkin’s lymphoma. This is a disease that forced him to be in intensive care for a long time. During that period he was accompanied by all of his loved ones except for his Dachshund named Chase.

The man made numerous pleas to be with his little one in the last moments of his life. So his aunt, Donna Jenkins, secretly took him to see the dog. She did this to avoid the hospital staff being reluctant and denying the dog entrance to the hospital.

And to both his surprise and that of strangers, the young Canadian would begin to feel much better. He felt uplifted in both health and in spirit. Also, despite his strong pains, he could get up and play and be affectionate with his four-legged friend. Of course, this is all thanks to the rise of immunity that his presence produced.

Although Zachary Noble died a short time later, he begged  his aunt to do everything she could so that other patients could count on the joy of being with their pets in similar times.

Following the unimaginable pain that represented the death of her nephew, Jenkins carried out the last wish and fought to create a foundation called Zachary’s Paws for Healing. This foundation was to convince the hospital to allow animals to visit and accompany their owners while they are hospitalized.

Although there were some doubts at first, after a short period of time thinking over the request, the staff not only accepted it, but also incorporated it as permanent therapy in units of the hospital.

This impressive fact is a breath of fresh air for many patients who want to be able to have their little friends with them, either to give them a final farewell, or simply to give them enough strength to recover satisfactorily in the time that they need to be in bed.

Although what happened in this hospital spread around the world, the truth is that this is not the first case in which animals have been allowed to see patients. Therefore, it should not be considered an event without precedents.

In some medical centers in the United States animal therapy has been practiced for years. This was the case of the beautiful Mahe, a Labrador Retriever that always accompanied her young autistic owner, helping him to not suffer any anxiety or panic attacks.

The truth is that since this this measure was implemented at the Juravinski Hospital in Canada, patients have shown a great improvement in their health, since many animals (especially dogs), have the merit of being able to help fight depression in people. This is very helpful, especially when you are sick.