Longest-living Animals in the World 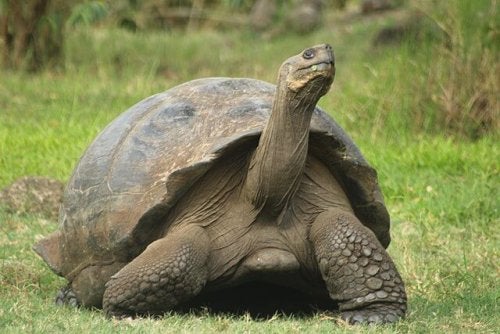 When it comes to the longest-living animals in the world, you probably are imagining a tortoise or an elephant. However, there are other species that live even longer. In this article you learn about some animals that hold the record for blowing out the most candles on a birthday cake.

What animals live the longest?

Some species can live for centuries, which is impossible for humans (at least for now). The animals that outlive people are:

According to scientists, this species named Turritopsis Dohrnii can endlessly rejuvenate itself. When it reaches old age, it goes through a process where it becomes younger, and it repeats this process non-stop. No wonder people say this animal never dies.

Its scientific name is Clathrina Broendstedi in honor of a Danish researcher named Holger Brondsted who studied them in the Weddel Sea area in Antarctica. It’s an immobile creature that survives in the depths in the ocean at the lowest temperatures on the planet. The oldest specimens that have been observed are around 1,500 years old. It has a very slow growth rate.

Tortoises are very long-living animals. They don’t only grow in size, but also live for several dozens of years. Those from the Galápagos Islands are the longest-living ones and they can live up to 250 years.

Can you imagine a giant worm that can live for 250 years? It’s not a nightmare. The good news is that it lives near black vents in the depths of the Pacific Ocean, more than 2,000 meters deep.

It can live without any sun due to adapting to its environment. It’s red because of the hemoglobins in its blood; according to scientists, it is a symbiosis between an invertebrate and marine bacteria.

The Bowhead whale is a large marine mammal that can measure up to 18 meters and weigh 100 tons. It lives in the arctic and subarctic waters, and it doesn’t migrate very far to eat or reproduce. It’s black or dark gray and is covered in a thick layer of blubber in order to survive the cold. Some Bowhead whales have lived for almost 200 years.

Its scientific name is quite complicated, so there is no need to know it. The well-known red sea urchin is named after its color (which can also be pink, orange, or purple). It lives in the Pacific Ocean from Alaska all the way down to Baja California at 100 meters’ depth. Also, it lives in rocky areas that are protected from extreme waves and are filled with kelp forests.

Its body is covered in spines that measure up to 8 centimeters long. It doesn’t have visible eyes, and its mouth has five teeth. Although the life expectancy is 30 years, several specimens have been found that were more than 200 years old.

Surely you know this large fish typically seen in Asian ponds. It has a long tail in the shape of a “veil” as well as striking colors. Although it’s originally from China, it became famous in Japan. It’s a domestic, ornamental type of the common carp. In the wild, it lives in the Aral and Caspian Seas.

Koi is a synonym of good luck, and they appeared for the first time in the Qing Dynasty (China) and during the Yayoi period (Japan). They are very resistant fish and can live for around two centuries. The longest-living koi’s name was Hanko, and it died at the age of 226 years.

The last animal on this list of the longest-living animals belongs to the endemic reptile group and lives on the islands near New Zealand. Its name means “spiny back” in Maori. It is similar to the iguana and can measure up to 70 cm long.

The Tuatara eats insects, eggs, baby birds, snails, and lizards. Since it is cold-blooded, it needs to sunbathe for a few hours. Without a doubt, it’s one of the longest-living animals that can reach up to 200 years.