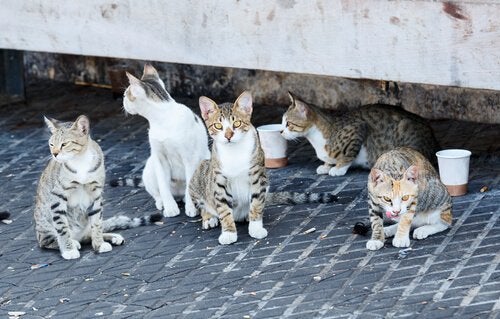 The Legislative Assembly in Mexico City has given a presentation on the initiative to create an Animal Care Institute. To do so, they encouraged the deputies of the Party of the Democratic Revolution (PRD). Their goal was to create important initiatives that guarantee animal rights.

The main goals of the Animal Care Institute

Among the actions that they will perform moving forward, this institution will focus on fighting all forms of abuse. They also will be doing a census of the pets that pets that live in Mexico City.

Furthermore, the Animal care Institute will try to:

In Mexico City’s Legislative Assembly, an interesting initiative was presented. They requested the creation of the Animal Care Institute that will perform comprehensive strategies for protecting animals that live in this great Latin American city.

A project aimed to protect animals

Deputy Víctor Hugo Romo Guerra, the driving force for this initiative, noted that the institute will be the only one in Latin America that will be responsible for such a comprehensive animal policy. With this in mind, they asked experts to make proposals for the short and long term.

They have also worked with specific ministries — Environment, Health, Public Safety — and with the Environmental and Territorial Order Prosecutor Office (PAOT).

On the other hand, activists were a part of the presentation in the Assembly. These activists contributed to the initiative along with more than a dozen dogs, which will be the main beneficiaries if the creation of the institute is approved.

The driving forces of this initiative highlight the fact that pets have a right to a dignified life. With the creation of the Institute for Animal Care, they also hope that they can start to fight animal cruelty. Furthermore, they want to get rid of other kinds of abuse. For instance, this includes lucrative activities like dog fights.

Also, they want to create tools that will allow citizens to report abuse done to these innocent beings. This will help them reach their goal.

Mexico city is known as being one of the places where animals are the most abused. Other western countries like Greece, Spain, and Venezuela share this stage.

According to what activists say, pets that live in Mexico suffer from abuse for a variety of reasons. Among them:

Moving towards a better future

The project to create the Animal Care Institute has a good chance of being approved during this legislation period. Also, it would have an initial budget of 10 million Mexican Pesos (around 500 thousand US Dollars).

If the Institute achieves its goal of getting started, then it would good news for Mexico City. After all, this would be just after the opening of a Public Veterinary Hospital. This is a place for those that don’t have a voice or can vote but deserve to be treated well and have their rights respected.

It would be great for initiatives of this proportion to spread everywhere that has animals suffering hardship, which are caused by conscious and unconscious human actions.