Finding homes for stray animals in a continuous effort. However, one nation is taking a new approach 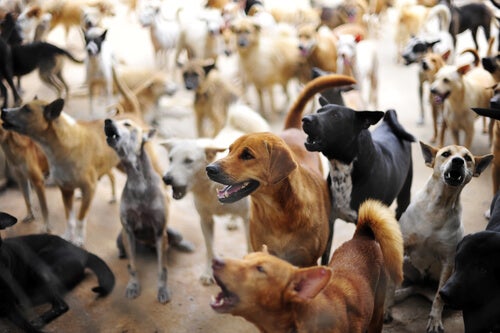 Can you imagine a world without stray animals? It seems utopian, but not impossible. However, it is not easy to achieve. It’s even more difficult when you take into consideration that a good part of humanity, especially children, live in subhuman conditions, and many of them in the streets.  Faced with this bleak panorama, what can homeless dogs expect, right? But there are always exceptions. And today we can say that the Netherlands is the first country without stray dogs.

A goal achieved without the sacrifice of stray dogs

But what did the Netherlands do to get rid of stray animals on the streets? The first thing to clarify is that the Netherlands achieved this goal without putting animals down and without kennels.

Also keep in mind that we are talking about a small country with 17 million inhabitants, with good economic conditions, a high quality of life and advanced policies in terms of individual freedoms and environmental issues.

And with all of those issues resolved, then it’s not so strange to think that you could then start to think about animal welfare.  But it wasn’t always like that, obviously, as we’ll discuss later.

We’ll fill you in on how the Netherlands became the first country to have no stray animals on its streets.

Similar to other problems in their society, the Netherlands also took the initiative when it came to the protection of animal rights.  And for them, this became a joint effort by the authorities and the citizens.  For example:

As you can see, most of these measures would be difficult to put in place in many countries where the problem of abandonment and animal abuse remains unresolved. That is why we emphasized that the living conditions enjoyed in the Netherlands contributed greatly to the success of its policies in this area.

Dutchmen and dogs, a bit of history

The fact that the Netherlands doesn’t have abandoned animals today doesn’t mean that its history has always been happy in this aspect. An investigation carried out by ‘Hondenbescherming‘, the Dutch Agency for Canine Protection, along with other organizations, reveals their path to reach the current situation.

At the beginning of the 19th century, pollers estimated that there were dogs in almost all Dutch households. The upper classes, as a symbol of status, owned animals of specific breeds as pets or for sports. The lower strata, on the other hand, had mixed dogs, which they used as guard dogs and for work.

And also, of course, there were many dogs in the streets, abandoned after they were no longer useful to their owners. As the stray dog population increased, rabies became a serious problem. This led people to put a large number of abandoned animals down. And, in addition, standards went into effect concerning the use of leashes and muzzles.

Even when rabies outbreaks were no longer a problem, euthanizing stray animals continued to be commonplace.  And on top of that, some unfortunate legal measures went into effect. For example: taxes on dog ownership. This tax caused an increase in the number of stray animals because owners couldn’t or didn’t want to pay the tax.

In 1864, the first animal protection agency got to work. In 1877, the first canine shelter opened. The first penalties for animal abuse, on the other hand, date from 1866. In those times, dogs pull carts. However, it wasn’t until 1962 that the use of dogs for this labor was completely erased.

There has been a lot of water under the bridge since then.  At the end of the last century, an Animal Health and Welfare Law was passed, which became a fundamental contributing factor in the fact that today the Netherlands is a country without stray animals.