The Oldest Dog in the World Passes Away

Even if we wanted our precious four-legged friends to be with us forever, it's a fact that dogs live for around 15 years at most. 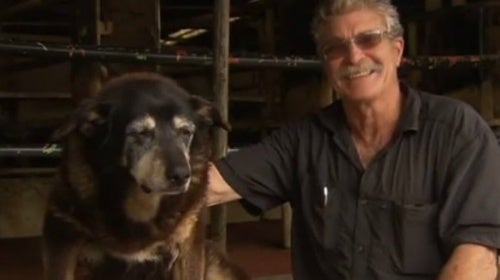 Even if an improvement in quality of life can make both humans and pets live longer, it is still surprising to find out that a dog, for example, has lived for more than two decades. Even more surprising is the news that, at 30 years old, the oldest dog in the world has died.

Meet Maggie, the dog that lived for many years

Maggie was an Australian Kelpie that lived in Woolsthrope, a small city in Australia, with a family of farmers dedicated to the dairy industry. Although she already had some health issues due to her age– vision and hearing problems– she was active until two days before her death. She was still walking and didn’t forget to bark at the many cats that lived with her on the farm.

Maggie’s passing happened while she was sleeping in her basket according to her owner, Brian McLaren. And despite his sadness, the man thinks it’s good that the dog’s passing happened that way and not more traumatically. McLaren also noted that although the animal was considered the oldest dog in the world, he does not have the documentation to certify it. But he is clear that the dog came into their lives as a puppy when his son Liam, who is now 34 years old, was just four.

Even though she cannot be accepted into the Guinness Book of World Records due to the lack of documentation, Maggie, who died at 30 years old, is considered the oldest dog in the world.

Since McLaren says that he lost the documentation that proves Maggie’s age, her compatriot, Bluey, continues having the title of oldest dog in the world for now, according to the Guinness Book of World Records.

Bluey was an Australian Cattle Dog that died in 1939 at 29 years and 5 months old. According to what they say, he was taking care of flocks of sheep for more than two decades.

Guinness also registers the case of Pusuke, a Japanese dog that lived for 26 years and 9 months. Until the day before his death in 2011, he had a good appetite and went on his daily walk. Even in 2008, despite his old age, he recovered successfully from surgery after having been run over.

So that you know a bit more about the type of dog that Maggie was, we are going to share some characteristics of these shepherding dogs from Australia.

Besides their job as shepherd dogs, they are usually used successfully as search and rescue, guide, and drug detection dogs.

Give a good life to your dog without counting the years

The truth is that we get attached to our pets and make them a part of our family. However badly we want them to live forever, the most important thing is all the love that we give and receive from them. The number of years that they share with us does not matter as much.

It’s comforting to know stories about dogs that live a good life until their last moment. Then, they pass peacefully while they sleep.

It is also good to learn to let them go in peace. We must have a calm conscience knowing that we did everything possible to give them the best and happiest life.

If you want to see some pictures of Maggie, click on this video.