5 Reasons Why You Should Adopt a Large Dog

In spite of the strong myths and prejudices that many people have about dogs of large stature, these little animals have shown that these beliefs are not true. 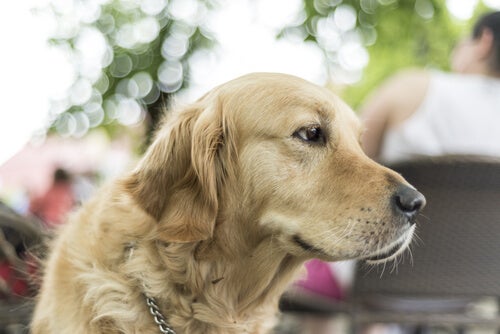 A large dog is one of the most beautiful and fun creatures that exists among dogs, as, in addition to their large size, they are usually faithful, affectionate and protective.

In fact, while it’s long been said that the major problem with a large dog is that it takes up a lot of space, it’s the small ones that on numerous occasion need more space. This is due to small dogs sometimes being nervous.

In the following article we’ll show you 5 reasons to get a large sized dog.

If you’re someone who is very active, these types of dogs will be helpful  due to the ease and preference that many of them have to physical activity.

Generally, these companions have enough energy to do exercises that require a lot of endurance, such as long walks or hiking.

One clear example of this case is the beautiful Labrador Retriever named Boomer, who rode all over Peru and part of Bolivia with his owner.

If it’s your intention to adopt a dog that will accompany you on your adventures and exercise, the most recommended kinds are an Irish Setter and a Brittany Spaniel.

If you have little ones at home, the best company for them will be a large dog. They are ideal as playmates and also at getting along with children.

It happens that unlike small dog breeds, those of larger size can really tolerate kids’ behavior. Remember that they’re very tough.

In addition to this, these dogs tend to easily develop a strong bond with little ones at home. They have a great protective instinct with children.

In the same way, many of these dogs will spend a lot of time playing with your child, being just as playful and energetic as any child.

If you want your little one at home to have a large dog as a companion, the  most highly recommended ones are Golden Retrievers and St. Bernards.

In spite of what may be a rather controversial assertion, the truth is that dogs of larger size are usually more affectionate than smaller ones. What happens is that small dogs are much more nervous, which slows down the processing of bonding between them and their master.

As you can imagine, they’re not all like this, as some like the Pug or the Yorkshire Terrier are some of the sweetest out there.

Nevertheless, in dogs of greater stature affection is manifested more easily, as is the case of the Labrador Retriever, Dalmatian or Boxer.

While this is the case, one must remember that what will make your dog show you his love will be the treatment and the training that you give him.

Similar to the case above, this doesn’t mean that small breed dogs are not this way. In fact, there are some like the Poodle that can be trained easily.

Nevertheless, some specialists have indicated that, generally, the easiest dogs to train are the bigger ones. This is due to the quick capacity to analyze.

In fact, when we talk about the most intelligent and obedient dog in the world, they are primarily large breeds. Among those that stand out are the Border Collie and the German Shepherd.

At this point you probably can no longer doubt the superiority of large dogs, at the detriment of small dogs. What happens is that dogs of larger stature don’t only intimidate people more, but they’ve had this job of protecting humans for centuries.

Another reason why they’re better protectors is the instinct they’re born with that leads to the rapid development of bonding with their master.

If it’s your intention to get a dog that’s big enough to protect your home and your family, the most recommended kinds are the Dogo Argentino and the Great Dane.