Thought you knew your favorite pet? Think again! These 21 facts will surprise you. 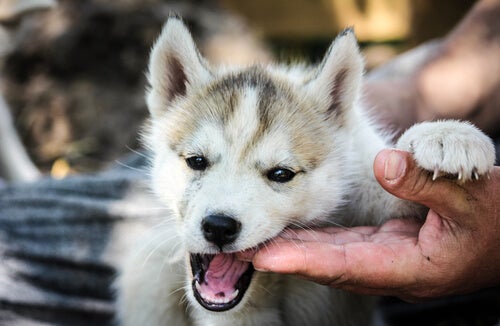 As well as we think we know our pet, we can never know everything about it. The creatures never cease to amaze us, and for this reason we have decided to dedicate an article focused on shocking things about dogs. So, it might even make you laugh. Look at how many shocking things you did not know about dogs.

You may have read a lot about dogs, but we are sure that you do not already know at least half of these things about them. Take note and tell us how many things you read here that you did not know!

1- They can read our faces

It does not matter if you are sad or angry, or if you tell your dog about it or not. Before you speak, he already knows how you feel and what happened to you. Scientists have demonstrated it. There are various studies that claim that animals can detect and differentiate between our emotions.

2-  They sweat through their paws

Have you ever seen a dog sweating? Surely not. With as much hair as they have and how much heat there is in the summer, you may have even wondered how they do not. Very simple. Yes, they sweat, just not through the part that you think.

Their sweat glands are in the pads of their paws. It is for this reason that sometimes your dog’s paw pads may have a salty smell that you do not know what its source is.

3- Its nose is unique

Like our fingerprints, its nose is unique. There is no equal, just as we do not even have the same fingerprints on one hand as we have on the other.

4- There are many millionaire dogs

Pets of famous people or heirs of great fortune, maybe even models or actors. There are dogs that have more money than you may have ever seen. Even so when they inherit a fortune, they are appointed an executor to manage it.

It is estimated that in the United States alone, there are at least a million dogs that will enjoy their owners economic goods when they die.

5- They can learn vocabulary

A “normal” dog is so intelligent, and its brain absorbs as much as a human child. So it is able to learn and remember between 200 to 500 words. In addition, it can learn basic math sequences.

6- Greyhounds are more interesting than you think

They say that dogs have not existed for very many years. The greyhound denies this assertion, since it is not only known for being the fastest dog (capable of reaching 45 km per hour), but for being the only dog ​​mentioned in the Bible. (Proverbs 30:31)

7- Its body temperature is higher

If you are very hot at any given time, do not doubt that your dog will be hotter. While our body heat oscillates between 35 and 37 degrees, that of dog reaches 38 or 39.

That is one of the reasons why fleas and ticks cling to them so easily, seeking their warmth.

8- The pit bull is not a breed

Although the pit bull breed is often spoken of, this is a misconception. It’s just a way to refer to different breeds like the American Pit Bull Terrier, American Staffordshire Terrier, Bull Terrier, Dogo Argentino, Japanese Tosa, Dogo de Bordeaux and the bulldog. The term “pit bull” includes all of these.

9- The rain bothers their hearing

10- They can detect cancer

Even before you or the doctors know it, your dog can detect that you have cancer or other diseases such as diabetes or epilepsy. Although scientists do not have an explanation for this process, it seems that they do it thanks to their sense of smell.

These are some of the things you did not know about dogs, but there are still many more. To find out about them, do not miss part two of this article.