How Spoiling Your Dog Contributes to Aggression

It's taken as a given that, when we choose to take a new furry friend into our lives, we will care for them, love them and enjoy their company 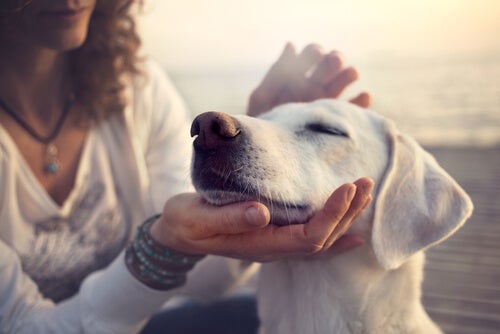 Some psychological research that’s hot off the presses has generated a storm of controversy among devoted pet lovers. An expert study indicated that pampering dogs too much and treating them as if they were human beings can in fact provoke aggression, and can even damage their mental health.

How much spoiling is too much?

Based on the fact that extremes in anything never lead to positive outcomes, as well as the fact that treating pets like humans is harmful to both people and animals, the question is: how can we work out if we are pampering our dogs too much? What is the unit of measurement? And, in any case, what’s actually wrong with doing it?

Sure, many people consider pets to be full members of the family. And as long as it’s always clear that the dog is a non-human member of the family, this can be a very positive thing.

However, a number of fairly prominent experts insist that owners are, in fact, giving their dogs a superior position in the hierarchy at home, and that spoiling or excessive petting of dogs contribute to this.

Some experts argue that pampering dogs can actually contribute to their aggression. However, it’s not necessarily a bad thing, as long as we avoid humanizing our dogs. So, the question is: how much spoiling is too much? And how do we measure it?

Is there a link between love and aggression?

It goes without saying that, in order for dogs and humans living together to coexist in a healthy way, certain rules must be put in place and implemented. But the theory that having a well-trained dog depends on treating the animal like a third-class citizen seems to have been dreamed up by someone who has never shared their life with a dog and doesn’t understand the realities of pet ownership.

And it can be hard to understand the fact that an act as seemingly loving and kind as letting your dog sleep on the couch can, in reality, cause the animal to become more aggressive.

For example, my dog ​​has slept on the couch in my living room for years, while I sleep in my bed. This has not led her to believe she is a human member of the family, and nor has she become aggressive or disobedient because of it.

To return to the guiding principle we set out at the beginning of this post: everything in moderation and each to his own, especially when it comes time to “measure” the amount of love we are giving to our pets and decide whether or not it is appropriate or helpful.

Why do we want pets in the first place?

Not everyone wants pets for the same reason, or treats them the same once they have them. There are some who pour all of their love and energy into their pets, and allow them to become the center of their lives. They dress them up and essentially turn them into fashion accessories, which inevitably has an effect on the behavior – not to mention the physical and mental health – of the canine.

But aside from those specific issues, the million dollar question remains: why do people choose to have a pet?

If pampering a dog means we become less likely to be seen as an alpha male or female, maybe we should rethink whether we actually want the dog to see us as the leader of its pack, or instead just as a member of another species that wants to love it, take care of it and respect it.

Pampering your dog without spoiling or humanizing it

So that we don’t end up getting things mixed up, it’s important to remember that spoiling a dog or showing it love does not necessarily mean that you are consenting to bad behavior on the canine’s part.

And “pampering” dogs too much doesn’t necessarily guarantee aggression, as long as we continue to respect our furry friends and their desires. In fact, it should bring about the complete opposite effect.

An animal that feels loved will certainly be more easily to integrate into the family than one that receives few loving indications as to the right way to behave.

And while some people feel that others pamper their pets too much in order to fulfill their own emotional needs, it might also be worth asking ourselves whether the desire to have a dog just to prove who is the boss of the house might be the sign of some underlying psychological issues.