Home » Animals » The Stray Dog Who Became a Police Officer

The Stray Dog Who Became a Police Officer 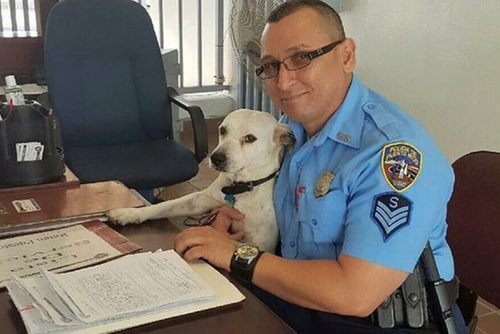 Have you ever been unemployed? Surely, you have daydreamed many times about walking into a place and being offered a position. Or, perhaps you imagine simply discovering that they are searching for help as you submit your résumé. Well, today we are telling the story of how a stray dog named Gorgi went through an almost identical experience. This is an experience which most people who are unemployed have only dreamed about.

This furry friend was a stray dog who just happened to walk into the police station. Today, he’s a police dog. We’ll go ahead and tell you what happened in a story that is as interesting as it is heartwarming.

There are hundreds of dogs who live in the street. Occasionally, one will walk up to us in search of affection. Unfortunately, not everyone is in a position to help them, but there are a great many stories that go to show that there are still people with a good heart in the world.

It was like any other morning in Puerto Rico. So, it was a hot day under the blazing sun. Then, Gorgi suddenly arrived at the doors of a police station in Bayamón. The police officers who worked there saw him and said that he “was scared and malnourished, and we could tell he needed a good bit of affection.”

The police officers gave him water and food that same day. Even after Gorgi finished eating, he stuck around and kept them company. They had a great time and finally, the dog went on his way. The police officers had fallen in love with Gorgi and never could have imagined that a stray dog, who had obviously been mistreated and abandoned, could be so friendly and affectionate.

That is why, when Gorgi came back the next day in search of more food and affection, the police officers made the decision to rescue Gorgi off the streets and adopt him.

Fast-forward to today, and Gorgi’s job title is “Supervising Dog of the Police Station.” His physical conditions do not allow him to undergo the intense training routines that are required of police dogs, but he can do a great job of watching over the police station while it is closed, as well as relieve some of the tension and stress felt by the people working there.

As a matter of fact, Gorgi found a wonderful home in which he will be loved for the rest of his life. The police officers involved confirmed as much, saying “he will have everything he needs for as long as he lives.”

PetFriendly, a stray dog alternative for stress in the workplace

Sure, the police officers in Bayamón may not have known it before Gorgi showed up. But, having a pet can relieve tensions. What’s more, there’s a program called Petfriendly. It consists of allowing employees to take their pets to the workplace, which also gives the dogs an opportunity to interact with their owner’s coworkers.

There are reports stating that his method can have a lot of benefits, not just for the dogs, but for the employees as well. Since the canine is with their owner at work, the amount of time that the dog spends alone at home is greatly reduced, which in turn reduces the boredom, anxiety and stress that being alone can provoke.

On the other hand, their owner can have a sound mind because they know where their dog is and what it is doing, pretty much at all times. This in turn improves their nervousness and anxiety.

Still, other employees may not have a dog. So, it gives them an opportunity to enjoy having one or more around in the workplace. When work stress strikes or we become angry with a coworker,  all we want to do is cry. We need have a big hug. And, who could possibly be better at that than a furry friend?

It has been scientifically proven that having a dog around improves our emotional and mental health. This is the exact reason that Petfriendly is constantly being instated in more and more workplaces.

The initiative that these police officers showed should set a precedent for providing homes to those who are less fortunate than us. Personally, we would like to tell them: “Bravo!” We are confident that they will take very good care of Gorgi. And, he will be overjoyed in his new home for as long as he lives.

If you do not have a pet yet, why don’t you adopt one who is in need of a new home? We are positive that you will never regret it. After all, they providelove and gratitude. 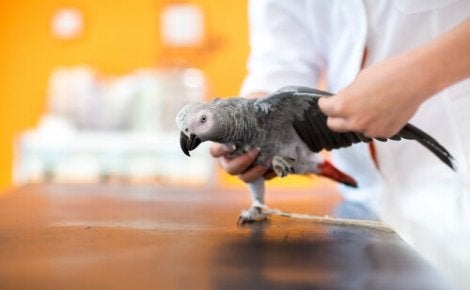 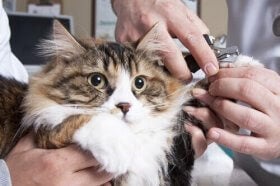