Home » Animals » Syrian Refugees Leave Everything Behind– Except Their Pets!

Syrian Refugees Leave Everything Behind– Except Their Pets!

This true story of struggle and love will warm your heart 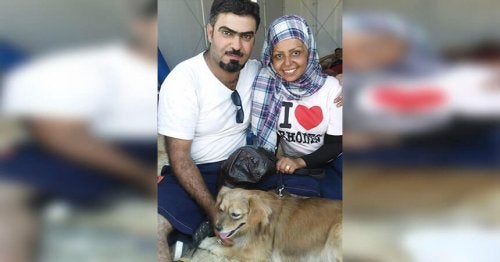 If you were in the middle of a catastrophe and had to leave suddenly, would you remember to grab your pet? Well, we would all say “yes”, but no one can know how they will react when facing such a situation, until they live through it. However, hundreds of syrian refugees who have had to escape their country’s sad situation have demonstrated that the love they have for their pets goes above and beyond.

When people see that their lives are at stake, that’s the only thing many would think of saving. But these refugees have given us a lesson in bravery, loyalty, and love.

The situation in Syria

Although we are all aware of the problem going on in this country, we’ll discuss it a bit further. Syria is mired in a non-stop war that is taking the lives of thousands of people, whether they be women, men, or children, as well as animals.

Everyone is struggling to save their own lives, and little time is left to try to help others, because they know that doing so can cost them their own lives.

Many people have lost several family members in the same day, and have been plunged into a deep sadness that does not allow them to do anything. Still, they must keep running for their lives.

Because of this unfortunate situation, many European countries have provided asylum for those who want to escape this nation. They can’t take much with them, however, and many have chosen to leave some clothing behind in order to be able to take their pets. Unconditional love has no end…

The story of Syrians and their pets

Although many Syrians have had to flee their country on foot, they have decided that their pets will accompany them, aware that the animals will not be able to walk the entire route. They are willing to load them into strollers or shoulder bags, as shown in many photos that have been shared on social networks.

There are hundreds of real stories of pets that have been able to flee the unfortunate state of their country and have their lives saved. Here are a few of them:

In Syria and Beyond

In addition to these, there were hundreds of refugee pets in Hungary. They must comply with minimum safety measures, such as having vaccines up to date and being well-regulated.

However, like people, animals in Syria are in danger, without food and shelter, abandoned to their fate. Leaving them there with no one to depend on is abandonment, and the cruelest mistreatment that could be given to these pets.

Therefore, the Syrians have left us with a great example to imitate. They have assumed the responsibility of having a pet, knowing it would take great effort, even while fighting for their lives. Fighting against abuse and abandonment is a battle we all must join. In addition, loving our pets in response to the love they give us is their right, and our duty.