The Grandfather Who Spent His Last Days Caring for Dogs 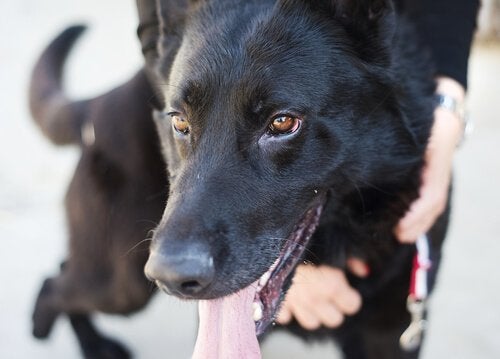 There are several stories about people who have given up everything for animals. There are people who dedicate several hours of their day to take care of them in animal shelters. Some people spend all of their savings and lose their fortunes for animals. The following is a beautiful story about an Argentine grandfather who spent his final days caring for dogs.

This man would carry on with his routine off the coast of Viedma. A boy who observed him decided to tell his story in a letter.

His final days caring for dogs

Pablo Cortez, the boy who observed him, wrote the following:

“I like to sit down and drink a mate (a traditional Argentine tea) close to the sunken ship (a local tourist attraction), and today, suddenly, I saw someone with a green vest riding a very old bicycle. It was a man. A grandfather I would say.

He carried a bag of dog food on his back.  At the time there were two dogs hanging out with me, but once they saw the green vest, they suddenly took off running towards him.

The grandfather stopped, parked his bicycle, opened the bag of dog food and took out a spoon to serve them. While he worked I approached him and invited him to some mate. We introduced each other, and he told me that he was called Queravita, and that he was from Italian descent.

He told me about his life. Every day at the crack of dawn he travels around the coast to feed his so-called “pooches”. He spends all his retirement on feeding them and buying medications, some of which he carries with him.

He knows dogs so well; he can tell if they haven’t eaten in 2 days.  He would look for these poor-things and medicate them. Later on, he wanted to know about me, about what I was doing there, but that wasn’t important anymore because his deeds are far greater than mine.”

Without a doubt this man has a big heart. He’s anonymous. He’s not famous or well-known. However, as the saying goes, “the proof of the pudding is in the eating”, and it’s clear his feelings are pure and unconditional.

Other people who have given their all for animals

This man who spent the last days of his life doing this is not an only case. Although it’s not such a big story, there are still many people who give themselves up unconditionally for animals. For example, like the people who offer their homes as a shelter.

It’s also the case for people who work in shelters and NGOs that look after the well-being of animals. There are people with big hearts and strong feelings which demonstrate what really matters to them in life. The following stories immediately come to mind:

These are only two stories about people who have done a lot for animals, but there are many more. Let’s hope that people would open their hearts and follow these examples in order to eventually improve the quality of life for abandoned animals.