What Can Dogs Say with their Facial Expressions? 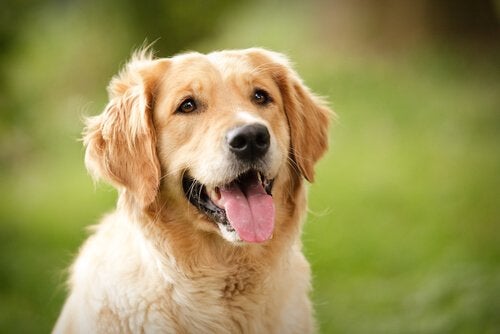 Body language has become an important part of communication. This is true for both humans and animals. Although dogs can’t say much with their body, they can say a lot with their facial expressions.

Although some people say dogs don’t have facial expressions, this isn’t completely true because different studies show that dogs use them to communicate with humans. Since you love your dog and want to understand him so much, you can use this article to learn how to analyze and know what his facial expressions mean.

Your dog speaks to you through their facial expressions

Let’s figure out what your dog wants to tell you with each part of his face.

When their eyes are wide open, it means they’re excited or playful. Your dog will have this expression when it’s time to go for a walk, or once you arrive home. Dinner will also cause this expression!

If they have a fixed look or are focused on something, it normally means something is bothering them. This is the expression their eyes have before attacking. Therefore, keep an eye out for this expression, in case the dog pounces on something or someone.

When a dog avoids matking eye contact, it’s a sign of showing respect or submission. This takes place when you scold them, especially when being around an alpha dog.

When their ears are pointed backwards, this is sign of disliking something and a lack of trust. A dog with this facial expression will resort to attacking. It’s even more obvious if they wrinkle their snout and show their teeth.

If their ears are flattened towards their face, it means they’re scared. There is something making them feel unsafe and they will possibly seek protection.  As mentioned before, if they avoid making eye contact, it may be a sign of submission.

If they’re pointing forward but not flattened, it indicates stress, nervousness or tension. Something is making them feel uncomfortable. This could be due to the arrival of a new family member or pet.

When dogs move their ears back and forth, it means they like where they are or what they’re doing. For example, they might do it while going to the bathroom or during a walk.

Have you ever noticed your dog smiling? Although some don’t believe it, but dogs do smile. At the same, if they’re wagging their tail, there’s no doubt that they’re happy. If they’re yawning, it could be for many reasons. You already know yawning is contagious. Maybe they’ve seen you yawn, or maybe they’re just tired. Likewise, it can be a sign of stress.

Another sign of dogs being stressed out is when their mouth is shut and their lips are stretched back. It could also indicate fear, or it could be pain if they’re whining. If they lick their lips, maybe they’re just cleaning themselves after eating. They also might be hoping you’re going to give them a piece of your food. However, sometimes this could be a sign of feeling threatened or stressed.

If they show their teeth, you already know what this means. They’re ready to attack. So be careful.

As you can see in this article, there are many signs that dogs can communicate through facial expressions. Their eyes, ears, and mouth can tell you how they feel and what they want. Just by observing them you’ll understand your dog even better.