When Does A Shark Attack? 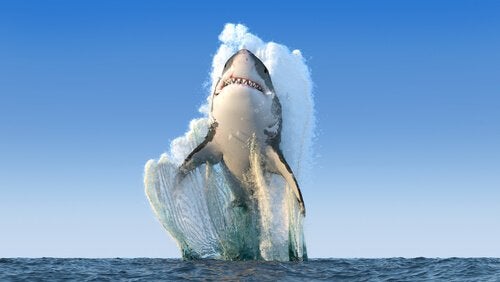 For most people are afraid of sharks because of their supposedly ferocious and powerful bite. However, the truth is that there is a lot of people don’t know about sharks. In fact, many people don’t know when a shark attack could happen.

Currently, advances in technology and scientific research have allowed us to gradually reconsider our perspective of these animals and debunk many myths. In this article, you can find out why a shark attacks in order to understand how these incidents involving people take place.

When does a shark attack?

First, you can start by understanding that there is no such thing as a bad or cruel animal that attacks purely for pleasure. The terrible legend of sharks attacking because of their “killer” instinct was made up by television, films, and even books.

Just like any other animal, the shark only attacks in certain situations and aggression is not an inherent characteristic.

When they feel that their territory has been invaded or their well-being is at stake, any species will react to try and scare away predators. This doesn’t mean that a shark always attacks when they come across unknown people or animals.

However, because of their solitary, reserved, and territorial nature, the presence of strangers can cause stress and trigger their self-defense mechanisms, which can be lethal due to the strength, powerful bite, and sharp teeth of these animals.

Also, sharks use an attacking strategy to hunt their prey. Since they’re carnivores, they need to eat other animals to get the nutrients their bodies need.

Therefore, this means sharks only attack to survive, a completely normal behavior for any other carnivore species. If sharks didn’t hunt, then this could result in the overpopulation of other species, and threaten the balance of the aquatic ecosystem.

Why would a shark attack human beings?

Sadly, there are many false myths about sharks attacking people. One example claims that these animals are attracted to human flesh or blood. In reality, many studies have demonstrated that sharks don’t like the taste for human flesh because they aren’t part of the natural food chain for these animals.

Plus, due to the fact that they’re carnivores doesn’t make them instantly dangerous to human beings. For example, dogs and cats are both carnivores animals that can live in complete harmony with humans, as long as you train and treat them well.

On the other hand, there are herbivore mammals, like the hippopotamus, which have attacked a large number of people and are often lethal.

When a shark attacks a person, it’s very unlikely for it to take place to ease their appetite or nutritional needs. In general, these accidents happen when the animal feels threatened or detects a strange or aggressive stimulus nearby.

A loud noise, sudden movement, shouting, or strong vibrations… any of these could cause a disturbance in a shark’s habitat and make them believe that they’re in danger.

Are shark attacks common for people?

Fear of sharks is very common in our society, but the likelihood of getting attacked by one is really low. Of course, the increase in the human population makes an encounter with a shark more likely to happen.

When you look at the number of shark attacks, you need to realize that, statistically, the more people there are in the world, the more likely it is to happen with someone.

The current statistics estimate that around 60 shark attack incidents are recorded per year. However, only four of these attacks will be lethal. Although, it’s obvious for the ideal number to be zero. But it’s a really low risk when you compare it to other things that could threaten a human’s life.

Therefore, the fear or phobia of sharks is more linked to our culture, the spread of myths, and the negative experiences of just a few people.

A shark’s behavior, just like any other animal, can sure be aggressive in response to negative triggers or threatening situations.