Home » Animals » Why Do Small Dogs Have More Character Than Big Ones?

Why Do Small Dogs Have More Character Than Big Ones? 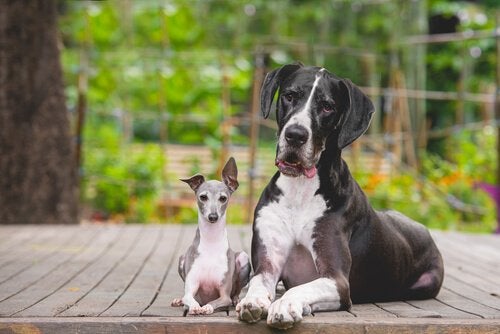 The simple fact that some dogs are born smaller doesn’t mean they will develop a more aggressive behavior. Just because they are tinier, owners usually make the mistake of always treating them like a baby.

If you have a Dachshund or a Poodle, they are most likely a little moody, and you might wonder why. There is a common myth in society that says small dogs have more character than big ones, but perhaps it’s not like.

There are many reasons why small dogs have more character. A big part of the problem has to do with how humans treat their animals, even though other factors come into play.

First of all, take a look from small dog’s perspective. Short animals are at the bottom of the food chain. That is why there are usually breeds like Chihuahuas that are shaking or constantly alert.

Always being alert is a survival method for small dogs because they do not pose a threat themselves. Therefore, this explains why people believe that a dog can become aggressive when he is scared.

As you surely know, aggression is natural in animals due to survival reasons. It allows them to be more careful and react unexpectedly. An aggressive animal acts in such a manner due to being constantly scared.

The same thing happens with miniature dogs. Aggression is a way of alerting others that they are dangerous and they should be feared. However, humans find this somewhat funny.

This is the start of the great dilemma about whether small dogs have more character than big dogs. When taking this into consideration, you need to accept that there isn’t any evidence supporting that a breed is more or less aggressive or dominant than others. Everything has to do with the animal’s personality.

Why do small dogs have more character?

One of the main reasons why a miniature dog is more dominant than a big one, has to do with the way you treat them. Read the examples below:

Do you see the problem now? Allowing small dogs to keep on misbehaving, will have then become uncontrolled tiny tyrants. On the contrary, people won’t allow their dogs to act this way.

This makes people think that small dogs have more character than big dogs, but in reality it’s not true. People are actually allowing them to learn this behavior, which in turn has them become little time bombs.

These behaviors are very destructive to your surroundings, especially if you have other pets. Correcting this behavior takes a long time, but it’s not impossible. So it’s a good idea to stop this behavior as soon as possible by using the correct techniques.

On other instances, you may have another problem: you don’t let the dog behave normally. In other words, you treat him like the baby of the house. It should not be like that. The fact that the animal doesn’t grow in size doesn’t mean he doesn’t mature.

They are still dogs

As deceptive as their size is, small dogs’ age the same as bigger ones. It is very common that an owner keeps seeing them as a puppy, when in actuality it’s the complete opposite.  For example, you can treat the animal as if they were young, but their mind will be at least seven years old.

Continuing to treat these animals as if they were children will only bring serious consequences. Constant barking, disobedience in general and even taking ownership upon belongings are common symptoms of Small Dog Syndrome.

To avoid this from happening, it’s best to give them a normal life, or rather, treat them like you would to any other dog. The ideal thing to do would be burning their energy through exercise in order to prevent them from developing these destructive behaviors.

Likewise, it is recommended to practice obedience exercises according to the breed. You should avoid treating them like puppies after a certain age in order to not feed into these undesirable behaviors.

In some cases, you can lose control of the situation, so seeking advice from the veterinarian or a dog psychologist is necessary. Remember that every dog has different life stages, which you must respect in order for your dog to have a happy and normal life. 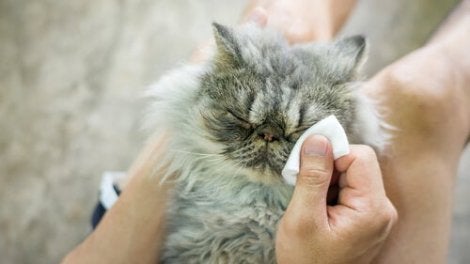