Characteristics of the Wagler's Spadefoot Toad

The Wagler's spadefoot toad is primarily a burrower but comes to the surface en masse when it's time to mate and breed. 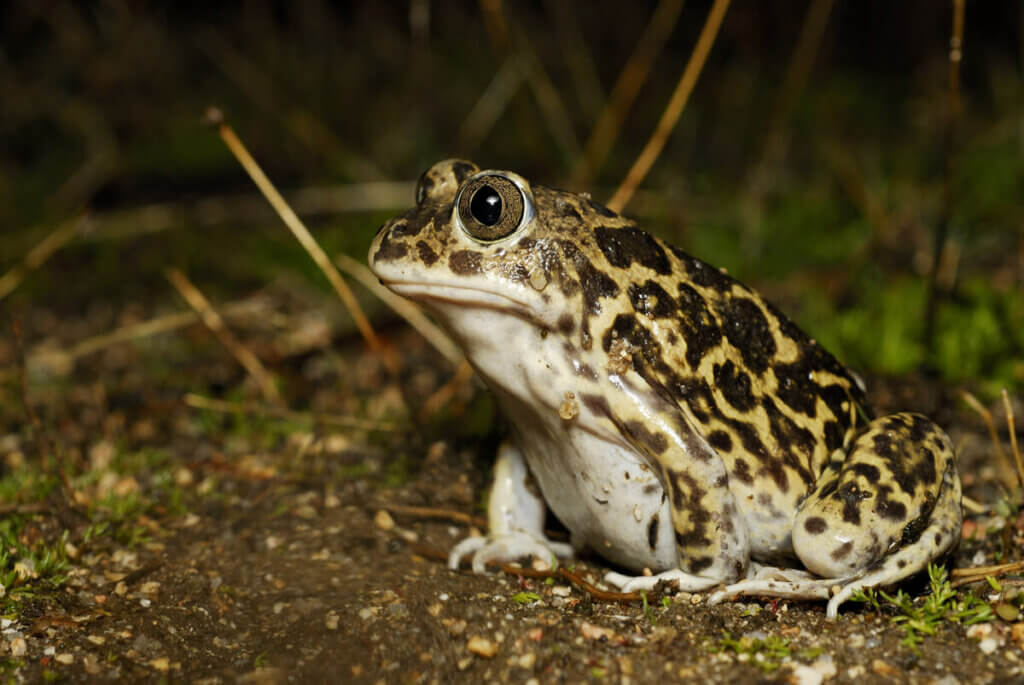 Today’s article is about a rather interesting, but usually overlooked, group of anurans, the Wagler’s spadefoot toad. Anurans are tailless amphibians whose hind legs are usually longer than their front legs. They include toads and frogs and their many species are some of the oldest animals on the planet. They vary greatly from one another though.

These small animals share characteristics with all other anurans, but certain traits set them apart. Read on to learn more about these amphibians and their habits.

The spadefoot toad – an informal group

Traditionally, all spadefoot toads have been lumped into the same group, due to the many similarities they share. However, molecular studies concluded there are two different families which aren’t that closely related to each other.

The family Pelobatidae includes the European spadefoot toads. There are only six species and all belong to the genus Pelobates. They mainly inhabit Europe, North Africa, and western Asia. The representative of this group in Spain is Pelobates cultripes.

Some species of the family Megophryidae also receive this name, although it’s less common. These amphibians inhabit Asia and are quite different from the previous ones. Some of them, such as Megophrys nasuta, have horn-like structures above their eye structures.

Due to the diversity presented here, one can conclude that spadefoot toads aren’t a natural group, only an informal name used when speaking of apparently similar animals.

Characteristics of the spadefoot toad

As mentioned above, most of these amphibians are similar to each other. They’re stocky, medium-sized, with short, stout legs. They also have ochre, golden, brown, and dark colors. In addition, their eyes are bulging, large and striking, with golden irises.

Unlike other toads, their skin is smooth and lacks the typical wart-like glands. In addition, they don’t have the large parotid glands other toads have on the back of their heads. In addition to all this, they lack vocal sacs and visible eardrums.

Of course, their most representative characteristic is that which gives them their name, the spadefoot. They have hard, keratinized thickenings on their hind legs, a sort of gardening spade. These can be black or white depending on the species, and the animals use them for burrowing. This is a clue to their way of life.

Thanks to these spurs, this kind of toad can burrow backward and bury itself vertically at depths of up to two feet. For this reason, this animal spends most of its life underground and only comes to the surface at night during rainy periods, to breed explosively in temporary puddles.

These small anurans feed on a wide variety of invertebrates, such as insects, gastropods, or annelids during their period of activity. They’re not skilled predators, so they wait for their prey to pass in front of them before pouncing on it.

Like the vast majority of anurans, these toads have an aquatic larval stage, tadpoles. The larvae of spadefoot toads are interesting, though for different reasons, in the European and American species.

American tadpoles have one of the shortest metamorphosis processes of all amphibians — less than 14 days. Even more remarkable, they have two different morphotypes.

While normal tadpoles are omnivorous and stay grouped together, some of them develop a different morphology, with hypertrophied jaws and larger sizes.

They’re solitary and exclusively carnivorous, feeding on crustaceans and other tadpoles. Interestingly, carnivorous tadpoles can revert to the omnivorous morphotype when they stop preying on other animals.

In addition, European spadefoot tadpoles have much longer metamorphosis periods that can last several months. For this reason, they can reach enormous sizes, up to 6 inches.

Habitat and conservation status of the spadefoot toad

Spadefoot toads prefer sandy soils – which allow them to bury themselves more easily – and are generally associated with arid or semi-arid ecosystems. This includes desert areas, fields, scrublands, and forests, among others.

While most American spadefoot toad species are in an optimal state of conservation, their European representatives aren’t faring as well. In fact, their populations are generally declining and, in addition, some of their species are listed as vulnerable or endangered.

Some of their current threats are the use of pesticides and chemical fertilizers, changes in land use, the destruction of their habitats, and the introduction of invasive exotic species.

These amphibians are an important part of their ecosystems, even if they’re inconspicuous and often imperceptible to humans. For this reason, we all must know, appreciate and help conserve them.

The Common Midwife Toad
The male of the common midwife toad is a magnificent father, carrying the fertilized eggs on its hind legs. Learn more about this species. Read more »
Link copied!
Interesting Articles
Amphibians
The Differences Between Toads and Frogs

Amphibians
The Poison Dart Frog, the Most Poisonous Frog in the World

The poison dart frog is among the most poisonous animals in the world, despite its small size and attractive appearance.…