The 5 Most Intelligent Animals

Other than chimpanzees, there are other mammals, birds, and molluscs that can solve complex problems. 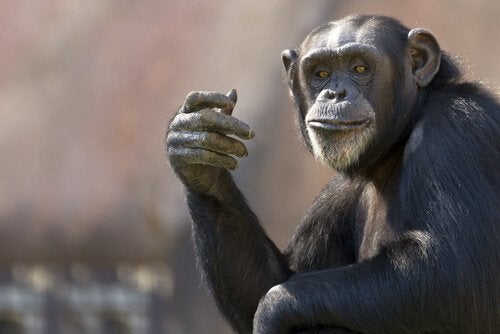 People say that humans are the most intelligent animal. However, in this occasion, we’re referring to other species that have demonstrated a great ability to overcome obstacles, live in group settings, or use tools.

What are the most intelligent animals?

There are several types of intelligent animals such as primates, cetaceans, birds, and even invertebrates. They are characterized by their cognitive abilities, brain size, or their ability to problem solve. Would you like to know what are the most intelligent animals? Read on!

This is the closest animal to humans, and it’s the second most intellectually developed animal on earth (after humans). It uses tools to obtain food and build shelters. It collects food in groups, uses hand signs or sophisticated language to communicate. It can remove parasites from other animals, like lice. Plus, this animal is able to remember things it has learned in the past.

The Chimpanzee — shown in the picture above — can associate objects with meanings, combine symbols in a sequence, and communicate complex ideas to their companions.

This extremely friendly and sociable cetacean is also one of the most intelligent on earth. It can form communities not only with those of the same species but also associate with other marine animals in order to protect themselves and obtain more food.

The dolphin has the ability to problem solve, use sophisticated language to communicate, use sounds to call relatives, and even have sex out of pleasure.

Although this animal is often associated with darkness, death, and certain gruesome legends, the raven is also known for other things, such as its intelligence. Among its skills, these animals use several communications methods in different types of situations. Also, they have a magnificent memory and form long-lasting social ties.

The raven has one of the largest brains among birds. It can mimic sounds and has great intuition. It can “order” other animals to work for it.  It’s able to call wolves or coyotes and bring them to the location of carrion in order to have them tear up the body for them. Once these predators have their fair share of meat, the raven then feasts. This animal is also known for its ability to steal and hide shiny or flashy objects.

Besides being one of the most intelligent animals, it’s also one of the species that can best adapt to any situation. Pigs organize themselves into complex social structures, and at three weeks of age, they can interact and play with other animals. In addition, they develop strong social or emotional ties with some family members.

These mammals, both domestic and wild, are able to sruvive in many climates and ecosystems. They can look for food buried several meters under ground, and eat anything they see in their path.

Those who remember “Paul the octopus” — who was famous for giving accurate predictions about the World Cup — can say it was a television trick. However, the truth is that octopuses are some of the most intelligent animals on earth.

These animals use their tentacles to search around, recognize objects, and even feel different textures. They also remember the best locations for food based on their experiences because they have very good memories.

Different scientific studies demonstrate that the octopus has high neurological development and a great learning ability. Plus, it can open jars, blend in and adapt to its environment.

Other honorable mentions for this list are the elephant, orangutan, squirrel, and messenger pigeon.

Blue animals are rare, although a few can be found in the sky and in the water. Why is this? Basically because of the pigments present in nature - mostly…

Exotic Pets
What Documentation Do You Need to Adopt an Exotic Animal?

Many people who think about getting a new pet entertain the idea of adopting an exotic animal. More conventional pets…