The 5 Most Lethal Animals

While some species use their intelligence to trick their victims, others use powerful claws or even poison to do away with their prey. 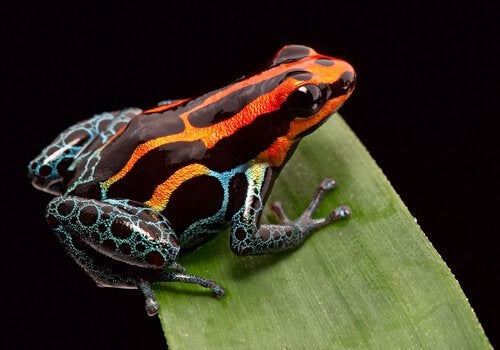 Over thousands of years, nature has managed to produce some truly elegant and awesome killing machines. The majority of them, such as dinosaurs, are now extinct. However, that doesn’t mean it’s too late to learn about the most lethal animals in today’s world!

Top of the food chain

The food chain is a concept that humans have developed to better understand the outside world. Many people believe that we’re at the top of it. However, the truth could be quite different.

The world is full of creatures with diverse roles in the food chain. There are some animals that are food for others, which are considered as prey. The animals that eat them are called carnivores, which are armed with different “weapon” to catch their prey.

Some animals (such as human beings) use their intelligence to trick their victims. Others resort to more aggressive means, such as claws or poison, to hunt effectively. No matter what, all of these animals manage to make their kill.  The animals that are listed below are currently the most lethal animals in the world.

The most lethal animals!

There is no particular order to this list. So this means they are not listed according to how lethal they are.

You’re probably surprised that a jellyfish appears on this list. The sea wasp is one of the most deadly creatures that exist in the world. Here’s why:

The sea wasp or the box jellyfish can measure up to three meters in length when their tentacles are fully extended. What makes these animals dangerous is that they pack their tentacles pack a deadly and painful sting.

In Australia, where this animal is originally from, accidental deaths are very common. Due to there creatures being translucent swimmers, surfers often don’t see them until it’s too late. Their poison can kill a victim in less than five minutes. Even though these animals feed on bacteria, we thought it would be right to include them on this list because they are just so deadly.

Everyone knows about the lion, the king of the jungles that lives in the African Savannah. You can find them sleeping most of the time, around 16 to 20 hours a day, which is why they’re considered as one of the laziest animals in the world.

The African lion appears in this list because they’re very effective hunters. Sure, they don’t have any poison or venom like the sea wasp, but they make up for this with incredible speed and powerful claws.

Also, if that weren’t enough, lions travel in a pride, which provides them with strength in numbers. When a pride of lions coordinates their attacks, they can even take down the largest elephant. There is also a myth that if a lion eats human flesh, it won’t be able to eat anything else but that.

Let’s just make this very clear: never try to kiss any of these frogs hoping that they will turn into a handsome prince. Definitely, don’t do it if they have bright-colored skin. This is clear sign that it’s extremely dangerous.

The poison dart frog is endemic in the jungles of Central and Southern America, and there are more than 150 different species. As mentioned earlier, these frogs have some extremely eye-catching colors that warn their predators.

Their skin secretes a poison which is extremely lethal to almost any animal in the world. However, the truth is they don’t produce the poison. They synthesize it from their prey, which tends to be different arthropods. The more colorful they are, the worse the poison.

Think about this for a moment. If a snake, poisonous or not, is scary to you, imagine a poisonous snake in the water. The species of the hydrophiinae family spend almost their entire lives in an aquatic environment, in both salt and fresh water.

The largest species can reach up to four meters in length and have a paddle on their tail for better mobility. The truth is that these snakes are not very aggressive unless they’re provoked. If provoked, they’ll bite their aggressor with a venom five times more powerful than a cobra’s.

The final animal in our list of the most lethal animals is the hippopotamus. Maybe you’re not surprised. Hippopotamuses mainly live on the African continent and some parts of Asia.

Despite appearing to be quite peaceful and not particularly threatening, hippopotamuses are some of the most territorial animals. They can also be very aggressive against anything that dares to challenge their authority. Even crocodiles have perished against the jaws of a hippopotamus. Also, if that weren’t enough, they can’t stand humans.

Wild Animals
The Fauna of the Galapagos Islands

Located in the heart of the Pacific Ocean, the Galapagos Islands are almost 620 miles from the American continent. This…